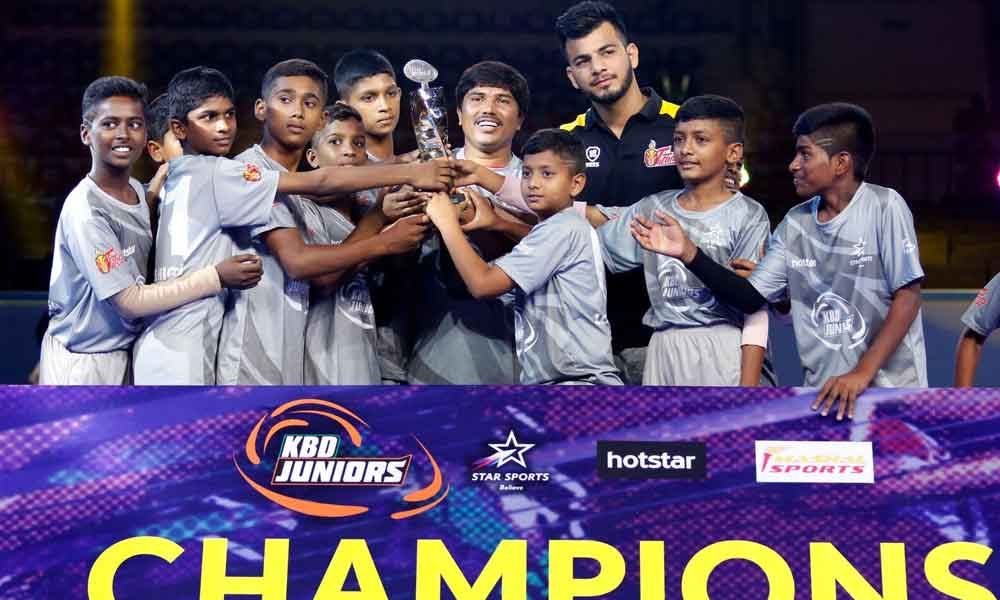 Hyderabad: Lord's High School emerged champions after a resounding 29-14 victory against Kendriya Vidyalaya (KV) No. 2 Golgonda in the KBD Juniors Season 3 city finals held in Hyderabad. Edward Livnstaun GS was the top raider with 7 Raid points and UkashChodahry was the top defender with 3 tackle points.

The young guns of Kabaddi entertained the crowd with their impressive skills and fighting spirit. In a brilliantly orchestrated game, the students from Lord's High School demonstrated superior strength on the mat showcasing the toughness of the sport before sealing a 15-point victory.

Telugu Titans' star defender Vishal Bhardwaj was present at Gachibowli Stadium to cheer the young kabaddi players of Hyderabad. He handed over the trophy to the winning team and applauded each teams' performance.

He said, "It's a great feeling to be a part of KBD Juniors Season 3 that encourages young talent and builds the future of kabaddi. All the teams have performed exceptionally well and my heartiest congratulations to Lord's High School for winning the title.

KBD Junior is a great initiative by PKL and I'm glad to see the participation and talent available in Hyderabad."'