Exchanging missiles for medals: Syrian athletes stand out in times of war By Aparajita Upadhyay 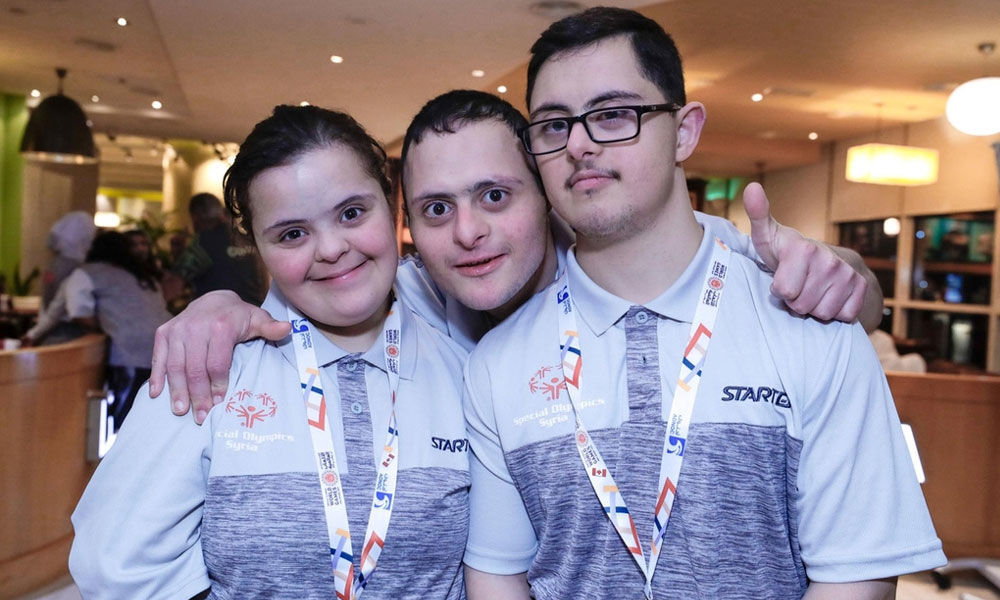 Syria's athletes have put their lives at stake, their spirit far from broken by the bombs, missiles, death and destruction around the places they live and train, and driven by a desire to make the country proud.

Abu Dhabi: Syria's athletes have put their lives at stake, their spirit far from broken by the bombs, missiles, death and destruction around the places they live and train, and driven by a desire to make the country proud. Training in the country ravaged by years of civil war is different from elsewhere, but its athletes are made of different stuff, too. The ones participating in the Special Olympics (SO) here are fine examples of that. Syria is fielding a contingent of 125 people, including 105 athletes, of which more than fifty percent are women.

"In the last few years the situation has been really bad. We have had a lot of missiles and bombs land in the training areas but we have no other option. There is no safe place in the country, so as long as you want to train you need to get out of the house," a SO Syria technical official told PTI. The athletes have heard of missiles landing on the tracks they train on, seen their houses getting wiped out, but they have taken everything in their stride. What is a frightening situation for anyone can have a magnified effect on athletes with intellectual disabilities.

"Watching the missiles and bombs land in the tracks, gyms and pools has led to the deterioration of the mental abilities of many athletes. When they hear gunshots or explosions, they get frightened, some start crying others are confused." The officials cannot guarantee safety and many parents are reluctant to send their children for training. "The parents stop sending them. You can't convince them. We are bringing them to training at our own responsibility but we can't guarantee that there won't be a bombing." Their journey to the Special Olympics is an inspirational one. The chaos back home has made even the simplest of tasks seem gruelling.

"When we organise the national games or have camps we need to get the athletes from different cities together at one place. This requires us to provide them with security, which, given the situation, we can't manage," the official said. "The journey from one place to another within Syria takes upto 15-16 hours when the normal travel-time is just two-three hours. The athletes get really tired and cranky. We have to get them all together and start doing activities for them to change their mood." Apart from navigating the challenges of war at home, the Syrian delegation also had to deal with the uncertainty over getting visas to the United Arab Emirates till the last moment. "Some of our athletes didn't get their visas the first time we applied so we had to reapply. We had applied for everyone's visa in September 2018 and we received confirmation in March 2019 - only two days before the travel date."

Even then, not everyone was lucky enough. Many coaches were denied visas leaving the delegation with a huge logistical problem. "Some of the athletes didn't get visas, some of the coaches didn't get them. So now we have got athletes here with no coaches. We have no one to guide them, take care of them." "When we choose our coaches we train them to be like the family of the athlete, treat them like their own children. The athletes need their coaches to compete," the official said. Several athletes were displaced due to the war. They take a long time to settle in their new surroundings, they have to leave behind family, their home and most of their belongings. "We have a lot of displaced athletes, internally they have moved from one place because they have lost their houses.

To get them back in the daily routine requires a lot of effort." Some athletes who fled Syria are participating in the event here, representing other countries. Asked how the Syrian athletes and staff overcome all these challenges and the answer is: "We want to make Syria proud." "We have an idea that as long as we are alive we have to work and we have to do our best. We take one step at a time. So at the time all the countries in the world have normal preparation, for us it is a huge challenge but we made it and we are very proud of it."