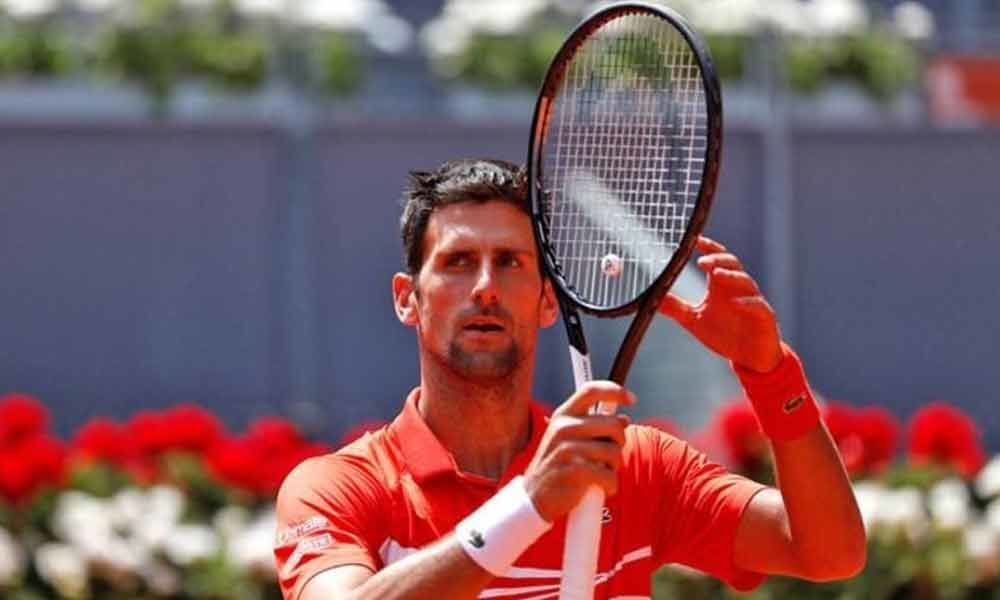 Novak Djokovic walked into the semi-finals of the Madrid Masters on Friday when ninth-seeded Marin Cilic withdrew before their match with stomach problems, officials said.

Madrid: Novak Djokovic walked into the semi-finals of the Madrid Masters on Friday when ninth-seeded Marin Cilic withdrew before their match with stomach problems, officials said.

Cilic tweeted his regrets. "I am sorry to announce that I must withdraw from today's match. I have had a terrible night dealing with a case of food poisoning," he wrote. "I am extremely disappointed to have my time in Madrid end in this way. Thank you for the support." In the semi-final on Saturday, top-seeded Djokovic will face either Roger Federer or 2018 finalist Dominic Thiem who meet later on Friday in their quarter-final.

Cilic, winner of the US Open five years ago, entered Madrid with a 4-6 record and two clay losses but had started getting his game in gear. The Croatian saved four match points against Martin Klizan in his opening match on Monday and needed three sets to win each of his next two encounters. Djokovic won the Madrid title in 2016 and 2011.