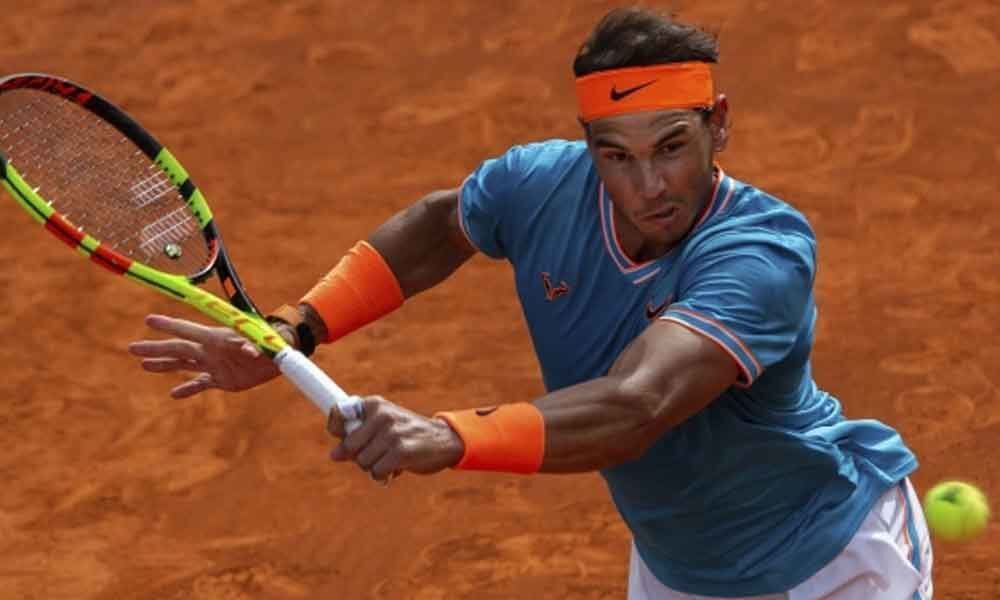 Nadal, who will be chasing his 18th Grand Slam title at Roland Garros easily took the first set 6-3.

Playing on familiar territory, the Spaniard relied on his defence to bog down Aliassime's aggressive tactics. After spending some time on the court, the Spaniard started unleashing his serves to which Aliassime had no replies.

"It's a day to be very satisfied, very happy. I managed to win. I managed to win in two sets against an opponent, who was not easy, and the day was not the best. It was windy and cold. Of course, there have been positive things. I think that my backhand has been really going well and other things. There are many things to improve, of course," Association of Tennis Professionals (ATP) quoted Nadal as saying.

Nadal, who will be chasing his 18th Grand Slam title at Roland Garros easily took the first set 6-3 and Aliassime finished with 30 unforced errors, including 16 forehands.

The 18-year-old Aliassime sought recovery in the second set, but Nadal proved too much for him.

Nadal who was battling a stomach bug on Sunday was able to make a triumphant return in the match against Aliassime.

"The important thing is to win, especially given what's happened in the last three days," Nadal said.

"The first seven games I didn't have a lot of rhythm. Both him and I, we were struggling when returning the balls. We had a lot of first serves and returning was very difficult... I managed to do a break, and from there onwards, it's a turning point. I think I started to return a little bit better from thereon. And I did things better than him," he added.