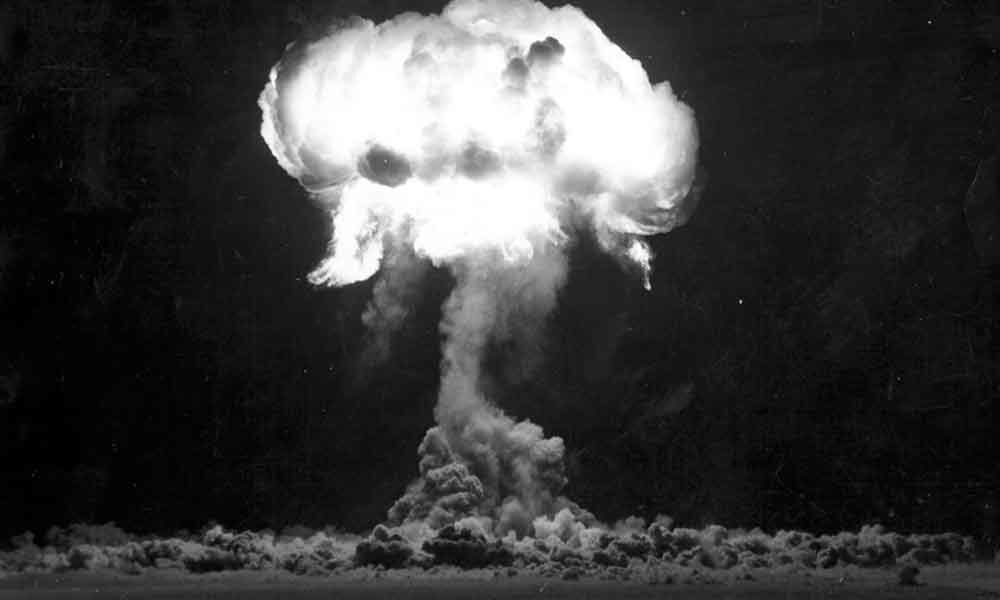 On August 6, 1945, an American B-29 bomber named the “Enola Gay” dropped the first atomic bomb on Hiroshima.

The United States was working on developing an atomic weapon since 1940 after warned by Albert Einstein about Nazi Germany researching nuclear weapons. During World War II the "Manhattan Project" was the US government program that developed and built these first atomic bombs.

President Harry S. Truman approved the use of the atom bombs to bring about Japan's surrender in the Second World War. On August 6, 1945, an American B-29 bomber named the "Enola Gay" dropped the first atomic bomb on Hiroshima. It exploded over the city with a force of 12,500 tons of TNT. "The city was there just a few minutes back . . . But it was gone," shares one witness. Around 140,000 people were killed instantly or died due to injury or harmful radiation within a few months of the blast at Hiroshima.

Men who dropped the first atomic bomb over the city of Hiroshima.

Was the bombing needed?

Many questions remain unanswered about the need for the bombing. Historians say that the weapons had two main objectives.

1. To bring the war with Japan to a speedy end and spare American lives.

2. To demonstrate the new weapon of mass destruction to the Soviet Union. As the relations between the Soviet Union and the United States had poorly worsened by August 1945.

Japan surrendered in the days following the bombings. Though the atomic attack on Japan marked the end of World War II, many historians claim that it also sparked the Cold War.

The development and use of the atomic bomb changed the nature of world warfare endlessly. After the bombings of Japan, the threat of nuclear war has loomed over international conflicts, never before seen in the world.