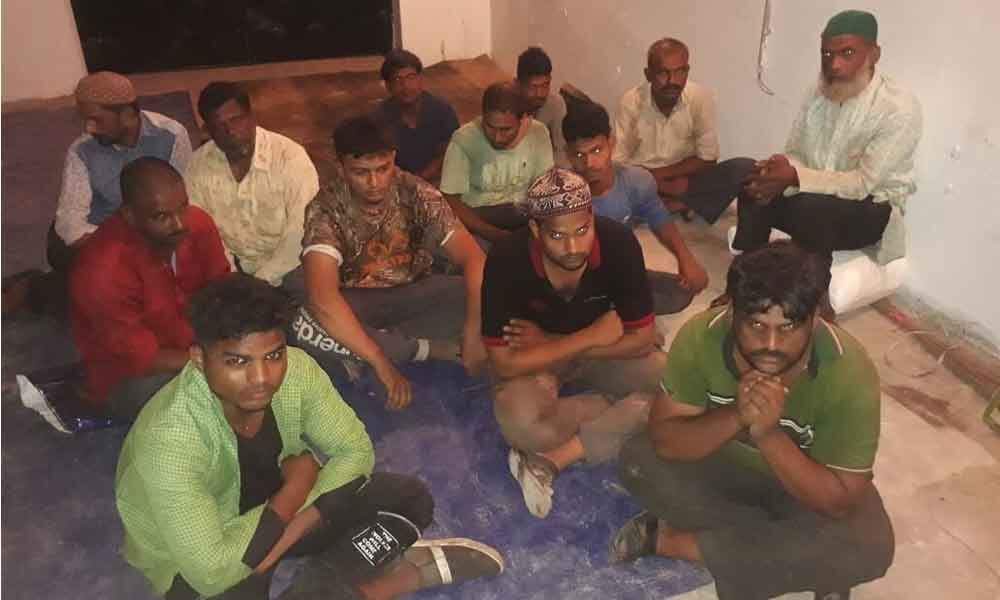 Hyderabad: Malkajgiri Special Operations Team sleuths on Wednesday conducted raids on a PDS rice godown at IDA Uppal and nabbed 13 persons and seized 34 tonnes of PDS rice, a lorry, 2 mobiles and Rs 13,060 cash all worth Rs 13.5 lakh from their possession.

The main organiser Mohammed Zaheeruddin, a resident of Musheerabad, along with his henchmen indulged in illegal trade and transport of PDS rice to different States and make money.

The accused by maintaining contacts with the PDS rice agents and beneficiaries would make deals with them and purchase rice at lesser price and dumping the PDS rice stock at rented godowns in secluded places on the out skirts.

After collecting about 50 tonnes of PDS rice they make deals with the buyers or rice mill owners at different States and clandestinely transporting same to other States and selling at higher price.

The accused along with the seized property were handed over to Uppal police, where a case has been registered under section 420 IPC and Section 7 of Essential Commodities (EC) Act.