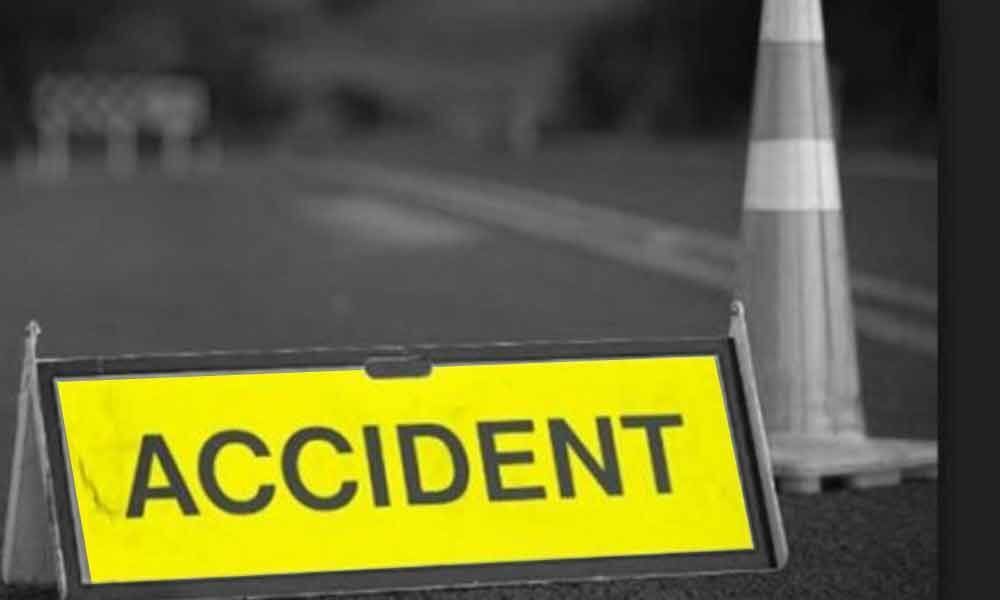 Three persons killed and another 7 were injured in a separate road accidents occurred at Railway Kodur, Yerraguntla, Khajipet mandals in the district on Tuesday.

Kadapa: Three persons killed and another 7 were injured in a separate road accidents occurred at Railway Kodur, Yerraguntla, Khajipet mandals in the district on Tuesday. According to the sources an auto which is carrying passengers from Obulavaripalli to Seshaiah gari palli in Railway Kodur mandal dashed with lorry coming from opposite direction at Katta Puttalamma village.

Auto driver K.Manikanta(27), passenger M.Venkataratnam (30) of Obulavari palli were killed on spot. While A.Kishore (6), Prathyusha (7) who were traveling in the same auto injured in the incident. There were shifted to the Ruya hospital in Tirupati where the condition of duo stated to be critical. In another incident R.Muralidhar Reddy (37) Pedddamudium village of Yerraguntla mandal killed when the motor cycle on which he is travelling hit the lorry from back side at Tippaluru village.

Meanwhile 5persons injured when the car which is going to Kadapa from Mydukuru hit the divider at Pulluru village of Khajipet mandal on Tuesday evening. The injured persons were shifted to the Mydukuru hospital where the condition of two stated to be critical. Railway Kodur, Khajipet, Yerraguntla police registered the cases.