Awareness on We Hub created in Khammam 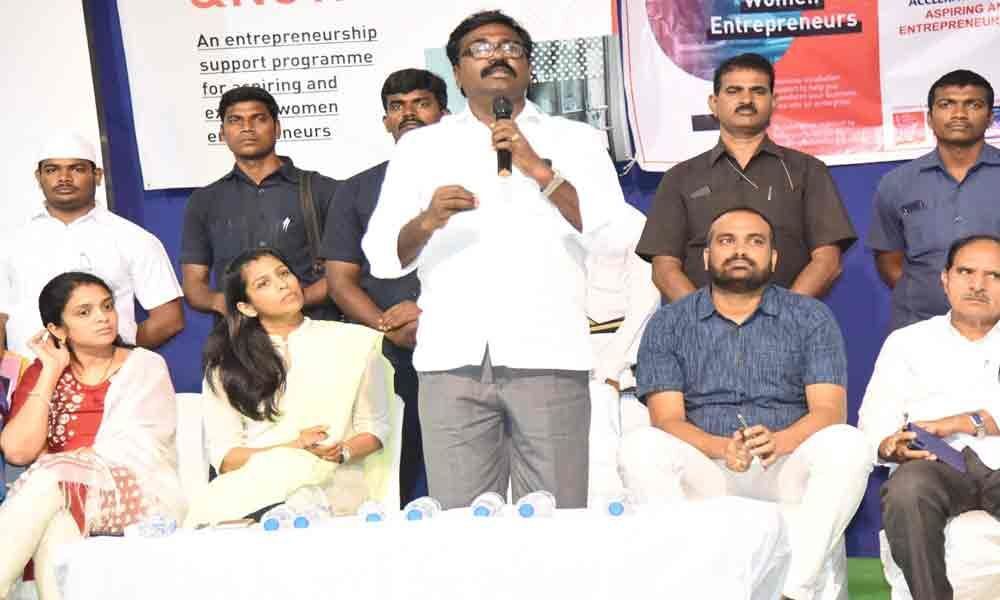 MLA Puvvada Ajay Kumar has appealed to the women entrepreneurs in Khammam to make effective use of the support being offered by WE Hub.

Khammam: MLA Puvvada Ajay Kumar has appealed to the women entrepreneurs in Khammam to make effective use of the support being offered by WE Hub. He was addressing an awareness meeting organised at Bhakta Ramadasu Kalakshetram in Khamma on Thursday at the WE Hub launched by Telangana government's ITE&C Department.

With the initiative of former IT Minister KT Rama Rao an IT Hub was sanctioned to Khammam and it was under construction. Similarly, now the activities of WE Hub have been extended to Khamamm for the first time after Hyderabad as it was planned to expand its activities in all districts, the MLA said.

The women who wish to set up industries and those who were already running industries could apply for training being offered by WE Hub. The State government spends Rs 90 lakh for eight months training, Ajay Kumar said.

Stating that the Telangana government is pro-women, the MLA pointed out that many initiatives such as Kalyan Lakshmi, KCR Kits, She Teams have been introduced by the TRS government for women's welfare. WE Hub was first of its kind in the country, he added.

District Collector RV Karnan noted that WE Hub which was confined to Hyderabad in the past is now engaged to assist women in Khammam to become successful entrepreneurs and all should feel proud about it.

Aspiring women have to register their names with the WE Hub for eight months training by successful entrepreneurs and experts . The training would cover different sectors and fields of industries.

Zilla Parishad CEO Ch Priyanka also appealed to aspiring and existing women entrepreneurs to submit their projects so as to get support and guidance from experts at WE Hub.