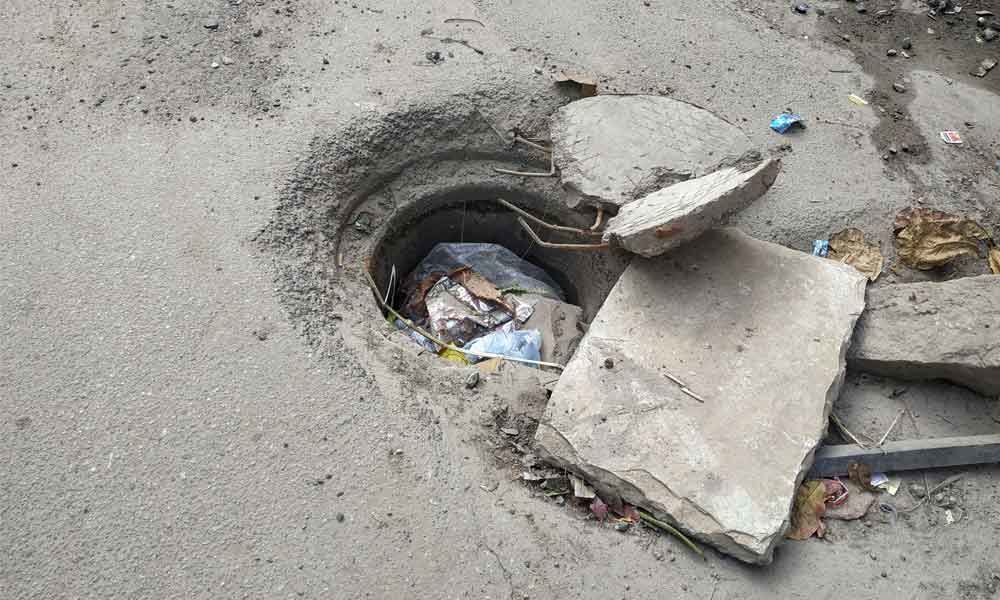 Broken manholes without covers and garbage-filled nalas have become a curse for the residents of the Secunderabad Containment constituency, particularly in areas like Marredpally, Picket, Karkhana.

Secunderabad Cantonment: Broken manholes without covers and garbage-filled nalas have become a curse for the residents of the Secunderabad Containment constituency, particularly in areas like Marredpally, Picket, Karkhana.

The condition of manholes on the main roads in these areas is causing severe anxiety among the residents, with sewage overflowing and raising an unbearable stink.

The residents told The Hans India that because of the bad odour they have been facing difficulties in sleeping during nights. They are also afraid that someday the open manholes may claim a life during the monsoon season. The indiscriminate road-cutting by some residents in colonies is adding to the people's anxiety in Annanagar, Sikh Village, Bowenpally.

Manholes located above the road level are also posing serious problems to vehicle-users in areas like Marredpally, Picket, Gandhinagar, exposing them to the threat of accidents. Non-clearance of silt from drainage pipes is resulting in manholes getting jammed during rains.

The residents have appealed to the officials concerned to take up repairs of manholes and nalas.