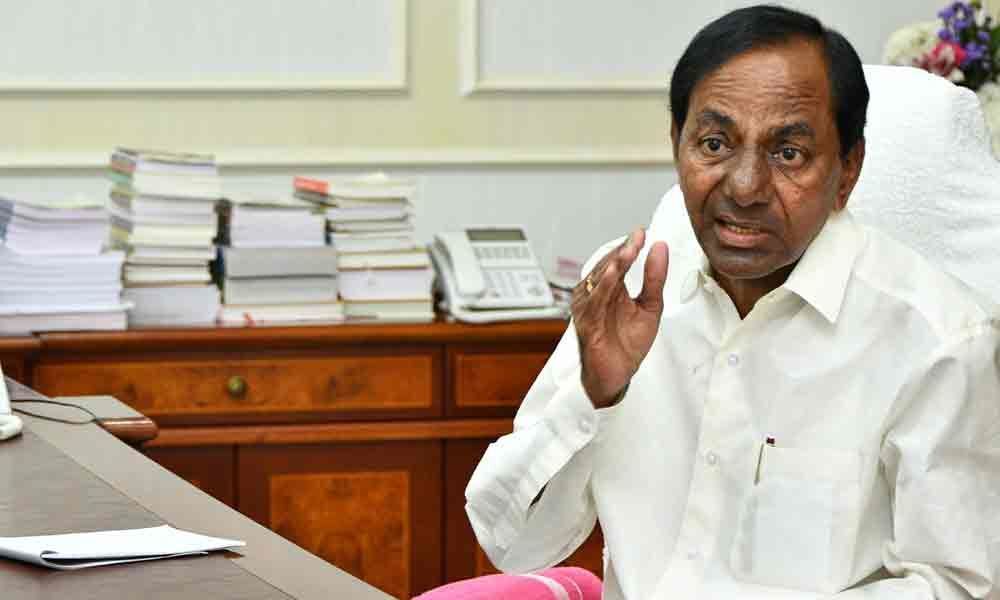 KCR will re-activate the administration by filling all the seven vacancies in his Cabinet.

Hyderabad: Chief Minister K Chandrashekar Rao will get into action mode from June onwards by taking up Cabinet expansion and streamline the entire administration from village to state level which has come to a standstill following a series of elections, including ongoing mandal parishad and zilla parishad elections.

KCR will re-activate the administration by filling all the seven vacancies in his Cabinet. The key departments which do not have ministers now are Irrigation, Industry, Finance, Revenue, Commercial Taxes, Municipal Administration and IT. Soon after the announcement of the Lok Sabha election results, officials said, KCR is about to take several key decisions pertaining to Revenue, Finance, Irrigation, IT and Municipal Administration.

The draft proposal to bring in new Revenue Act and Municipal Act was already under progress and would be ready before the end of May. Speculations are also rife that KTR will be inducted into the Cabinet and would retain his previous portfolios IT and Industry. The possibility of taking in T Harish Rao is also not ruled out.

If he finds a place, he is likely to get the Finance or Revenue department. However, the CM is likely to keep Irrigation portfolio with himself. It is being said that KCR will induct two women ministers in his Cabinet. P Sabita Indra Reddy, who migrated from the Congress to the ruling TRS recently and Khanapur MLA Rekha Naik are among the front runners for ministers' posts.

Senior leader G Sukhendar Reddy, a close aide of KTR and Chennur MLA B Suman are likely to get a berth in the Cabinet. J Ramanna, C Laxma Reddy and another former minister P Mahendar Reddy, who lost the 2018 elections, are also trying their luck again.