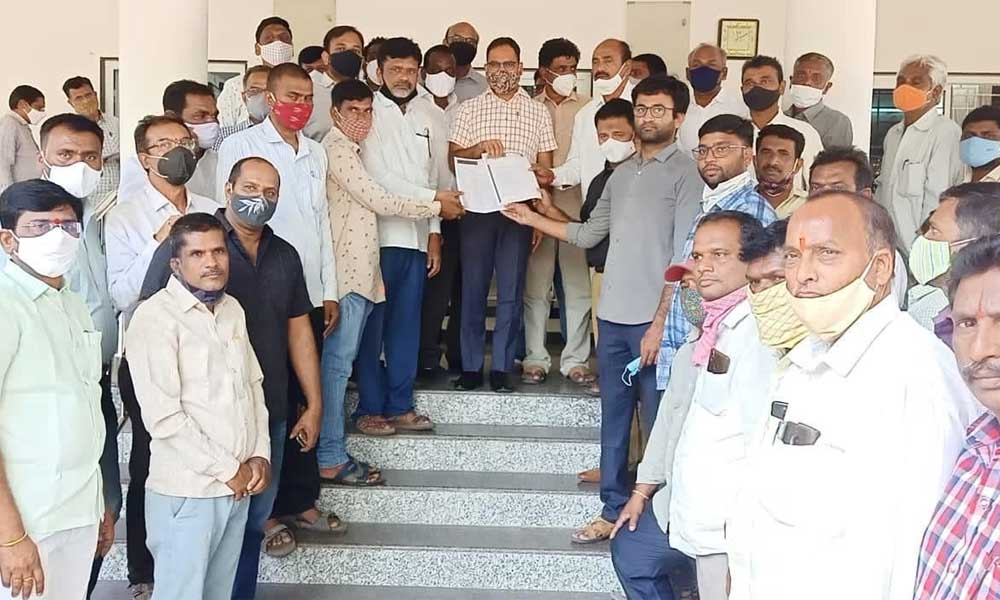 Stating that there was no scientific reason behind the State government’s decision of closure of educational institutions, Telangana Recognised Schools Management Association (TRSMA) State president Y Shekar Rao alleged that the government took the decision out of fear and believing rumours

Karimnagar: Stating that there was no scientific reason behind the State government's decision of closure of educational institutions, Telangana Recognised Schools Management Association (TRSMA) State president Y Shekar Rao alleged that the government took the decision out of fear and believing rumours.

TRSMA State and district representatives, 150 correspondents and staff submitted a representation to District Collector K Shashanka, requesting him to take the issue to the notice of the government, at the Collectorate here on Thursday.

Speaking on the occasion, Y Shekar Rao alleged that the future of students, private teachers and budget schools was in dark with the government's decision of closure of educational institutions. When the neighbouring Andhra Pradesh State was running schools for 1 to 10th classes without any hurdles; completed CBSE, ICSE and IB syllabus and examinations; was about to end the academic year successfully; and were going to start 2021-22 academic year very soon, then why the Telangana government has taken the decision single handed, he questioned.

'The TRSMA body consists of more than 10,000 schools providing services to around 55 per cent of students present in the State. Before taking the decision, the government might have consulted the TRSMA,' he opined.

"Without following the Trace, Test and Treatment method, the government has closed schools and colleges even though Indian Medical Association said that there was no harm with Covid-19 to children".

Y Shekar Rao demanded the government to open all educational institutions keeping in view of the welfare of students and must sanction Rs 7,000 per month to private teachers for the entire lockdown period. He also demanded distribution of computer tablets to students of private schools along with providing free internet connection to all budget schools.