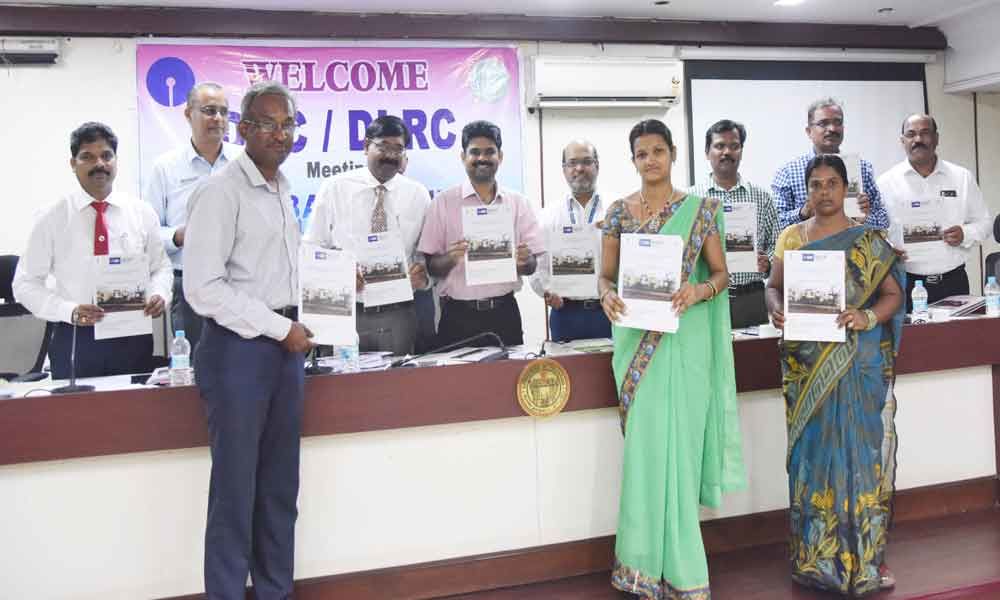 Addressing bankers at the meeting, the Collector urged the bankers to ensure that there is no delay in disbursing crop loans, renewal of crop loans, Raithu Bandhu scheme amounts and payments related to Prime Minister Fasal Yojana and Raithu Bheema. He appealed to them to effectively monitor the situation on the ground to extend timely help to the farmers.

Lokesh Kumar also urged the bankers to take measures for grounding of loan units sanctioned by SC, ST, BC and minority welfare departments. He sought grant of loans to the beneficiaries without any delay. All eligible self-help groups should be extended financial assistance. Stating that PAN card is not compulsory for opening accounts, he asked the bankers to allow pension beneficiaries to open bank accounts with PAN card.

He urged the bankers not to make farmers' accounts 'non-operative' as per RBI norms. He appealed to them to take measures to ensure that the amounts given under various state government schemes not to be debited for other loans. Bankers were also instructed to take measures for sanctioning of more Mudra, startup and standup loans.