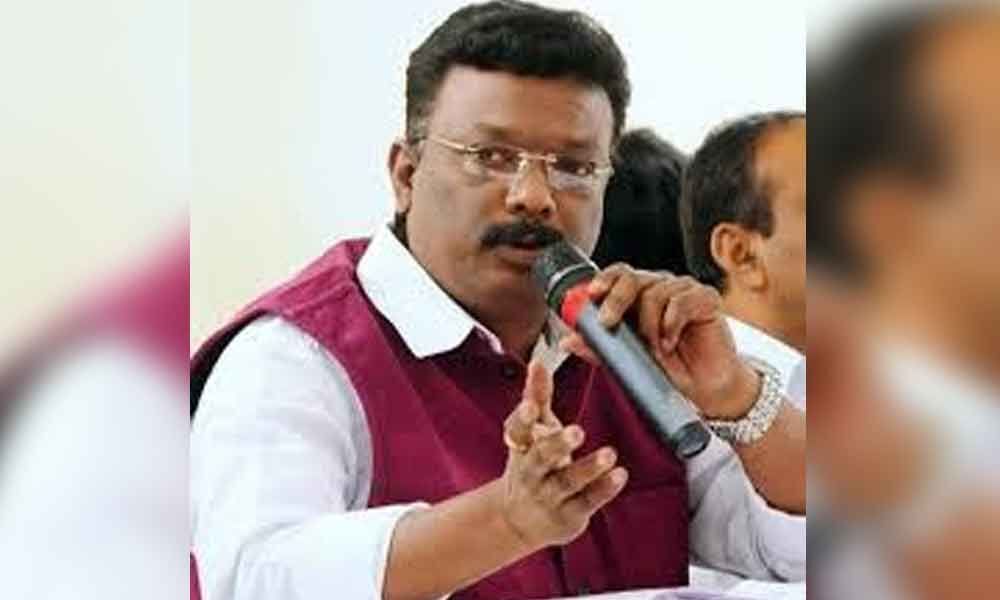 All India Congress Committee (AICC) national Spokesperson Dasoju Sravan on Sunday accused the TRS and BJP of having conspired to undermine the prospects of the Congress party.

Hyderabad: All India Congress Committee (AICC) national Spokesperson Dasoju Sravan on Sunday accused the TRS and BJP of having conspired to undermine the prospects of the Congress party.

th TRS and BJP were two sides of the same coin. They both were sharing similar objective of causing harm to the Congress party. He pointed out that all Union Ministers, during their visit to Telangana State, were praising the TRS government.

In turn, TRS was extending unconditional support to all the decisions of BJP government. Both the parties were 'made for each other.'

Sravan said there was neither any scope nor hope of BJP emerging as a political force in Telangana State. He said the BJP candidates could not secure deposit in 103 out of 119 Assembly seats in the Assembly elections.

He said Uttam Kumar Reddy had served the Indian Air Force as a fighter pilot and risked his life on multiple occasions to protect the nation. Therefore, making personal remarks against a retired soldier and questioning his abilities is highly regrettable.

The Congress leader said the BJP neither got an opportunity nor will get one to strengthen itself in Telangana. Victory of BJP in four Lok Sabha seats in last elections was totally incidental and it led to its leaders daydreaming about winning next Assembly elections.

The Congress leader asked as to why BJP government was not conducting fast track investigation into the ESI and PF scams allegedly to K Chandrashekar Rao despite CBI registering cases.

He challenged BJP leaders to convince their party's government at the Centre to order CBI probe into the cases of gangster Nayeem, Miyapur land scam, drugs mafia and irregularities in the irrigation projects.

Similarly, he asked TRS leaders to clarify whether or not their party gave unconditional support to the BJP government on decisions like demonetisation, GST, elections of President and Vice President of India, Deputy Chairman of Rajya Sabha, NITI Aayog chairman, Triple Talaq Bill, RTI Amendment Bill and Article 370.