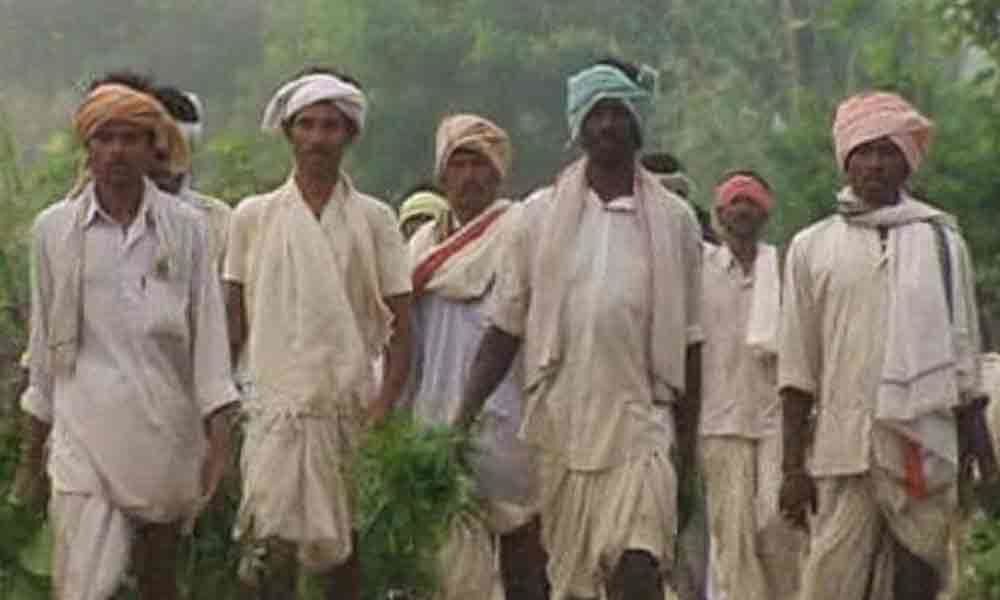 Nagarkurnool: The Congress workers from Nagarkurnool district extended their support to the agitating farmers of Kudikilla village in Kollapur mandal and took part in a protest in front of Kollapur tahsildar office demanding equitable compensation to the farmers on par with those of Mallannasagar oustees.

It is worth mentioning here that during the past few days the farmers of Kudikilla village, whose lands were acquired by the government, are not allowing officials to conduct survey of the lands for construction works of the canal.

Recently, the farmers who had staged a road blockade were arrested by the police. To this, Agriculture Minister Singireddy Niranjan Reddy also visited the agriculture lands of the Kudikilla farmers and assured them all kinds of support from the government and urged them to cooperate.