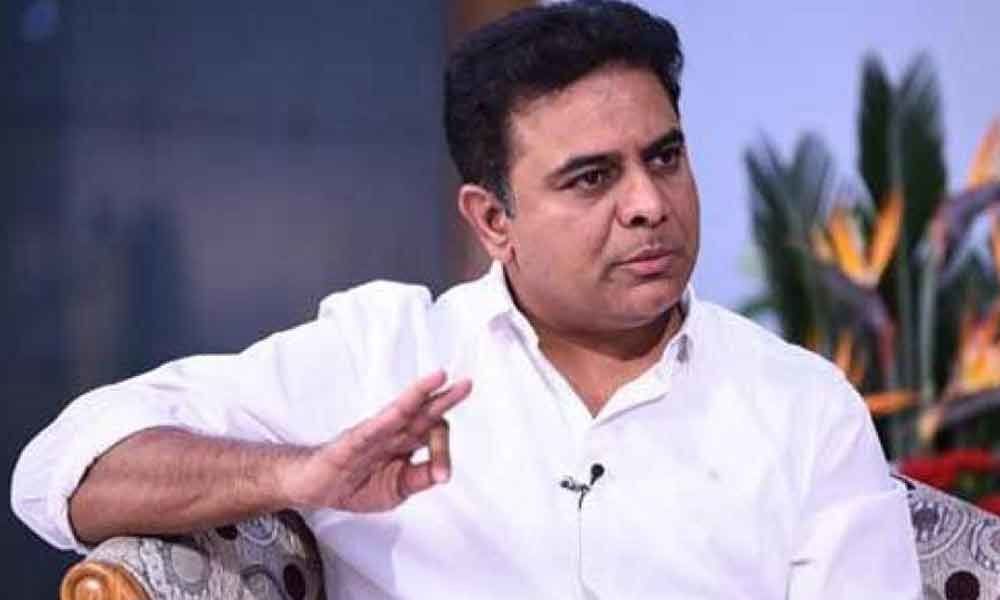 The demand of make ‘KTR Minister’ has been echoing in the TRS party meetings with leaders urging Chief Minister K Chandrashekar Rao to include the party’s working president into his cabinet.

Hyderabad: The demand of make 'KTR Minister' has been echoing in the TRS party meetings with leaders urging Chief Minister K Chandrashekar Rao to include the party's working president into his cabinet.

However, in these meetings, the leaders including the Ministers have also pitched for giving Ministerial post to Rama Rao.

During Kukatpally meeting, local MLA M Krishna Rao said Rama Rao should become Minister for speedy development of the State. He said the city was not getting developed on the expected lines and it would be good if Rama Rao is given the Minister post. Taking cue from him, Labour Minister Ch Malla Reddy also opined that Rama Rao should be in K Chandrashekar Rao's cabinet.

The demand echoed even in the meeting of Jubilee Hills Assembly Constituency also when MLA M Gopinath demanded that the Chief Minister include Rama Rao into cabinet. Earlier, in a local programme in Old City, Home Minister Md Mahmood Ali also talked in similar lines.

He said that Hyderabad saw development when Rama Rao was Minister and many IT companies had come to Hyderabad during his tenure as Minister.

After coming to power in the second term, interestingly the Chief Minister kept Rama Rao and Harish Rao aside. The party leaders feel that the expansion is around the corner and Rama Rao should also be part of the cabinet apart from being the working president.