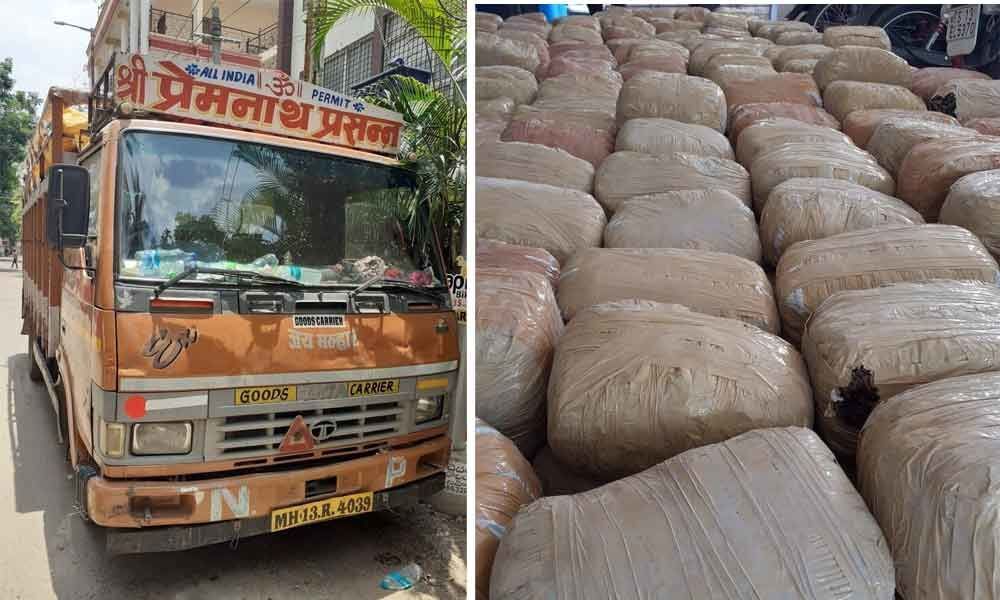 A total weight of 1121.5 kg ganja (Cannabis), a narcotic drug covered under The NDPS Act,1985 was found concealed beneath the load of fly ash bricks.

The value of seized ganja in the grey market would be around Rs 1.68 crore. The contraband was loaded in the vehicle at Sileru (agency area) and was en route to Sholapur in Maharashtra.

The said Narcotic drug and the vehicle which has been used for concealment and transport of the contraband has been seized under the provisions of Narcotic Drugs and Psychotropic Substances (NDPS) Act, 1985.

The police arrested three persons including the mastermind and took up investigation.