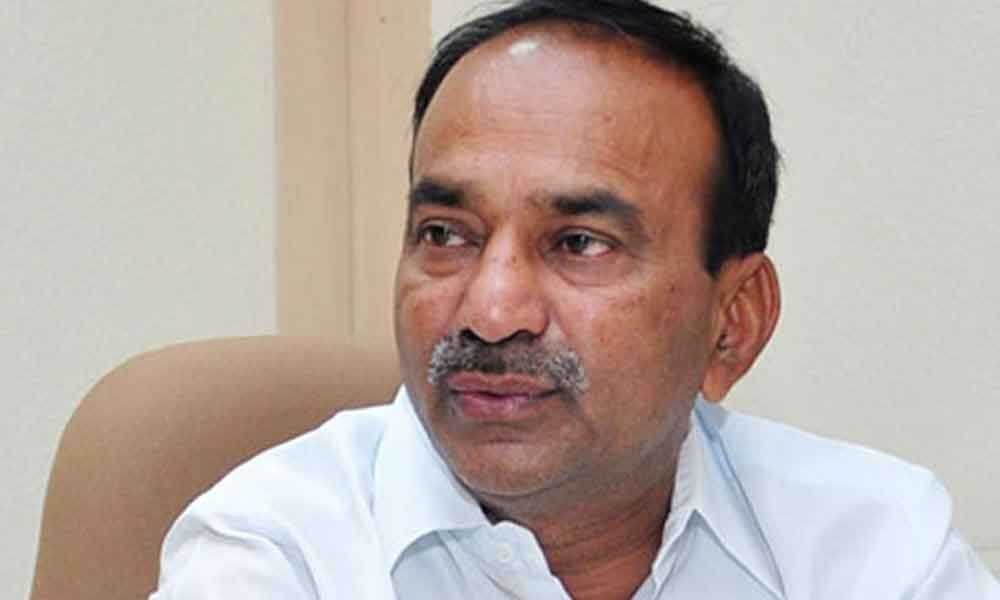 A day after his emotional outburst and clarification later, Health Minister Eatala Rajender spent meeting his followers and several other Backward Classes leaders at his residence at Shameerpet.

Hyderabad: A day after his emotional outburst and clarification later, Health Minister Eatala Rajender spent meeting his followers and several other Backward Classes leaders at his residence at Shameerpet.

Followers of Rajender, including TRS leaders, several Backward Classes organisations and MRPS leaders met him at his residence. The Manakonduru MLA R Balkishan was also seen at the Minister's residence.

Sources close to the Minister said Rajender was to have attended an event in SP College in Secunderabad. However, he stayed back at his home meeting his followers and inquiring about what people were thinking about his comments on Thursday. Sources said the Minister was unhappy with the campaign against him in a section of the media.

Vernacular dailies had reported that the Minister had leaked information regarding the new Revenue Act to the employees' association leaders. One of the newspapers was being run by a TRS leader and this made Minister upset, said one of the followers of Rajender.

Sources said the Minister tried to to give clarification on the report of his leaking information on Revenue Act, but he was denied the opportunity.

Sources said that after the comments of Rajender at Huzurabad meeting, a senior TRS leader telephoned him. The Minister was asked to give clarification on his comments and the sources said that the script was also drafted by important leaders from Pragathi Bhavan.

Sources said though the Minister had not disclosed his future plans, he may not take any drastic step and would work for the party as a disciplined soldier. However, there is a discussion in the TRS what action the Chief Minister will take against Rajender.

A section of TRS leaders feel that there may not be any action against the Minister and that same situation would continue because a clarification was given to avoid further confusion.

There are rumours that the Chief Minister would go for expansion in the first week of September and few more TRS leaders would be inducted into the Cabinet.