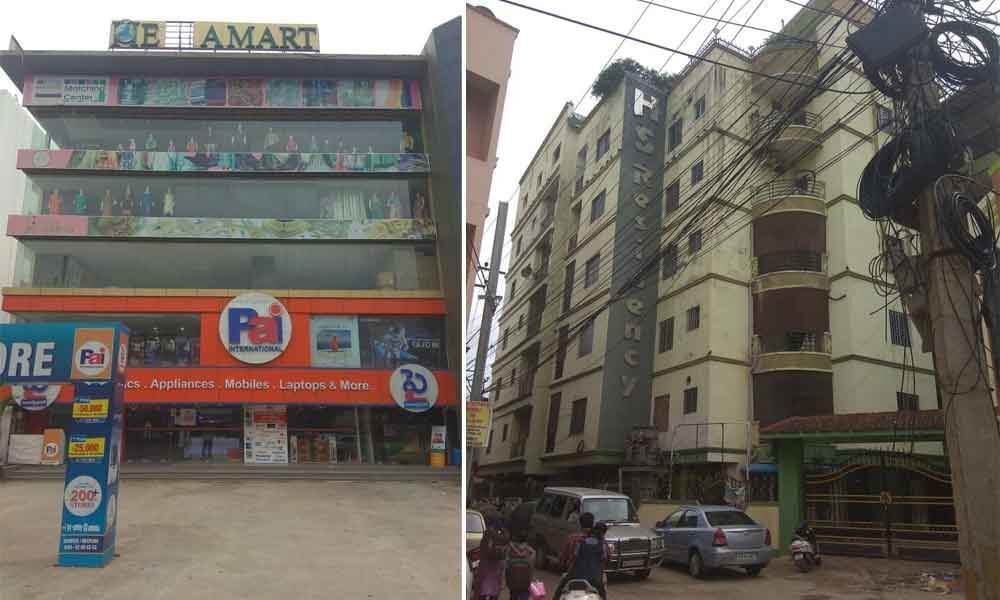 Enforcement Directorate (ED) on Friday has attached assets of Heera Group of Companies Chairman Nowhera Shaik and related others worth about Rs 300 crore, spread across multiple states under the provisions of Prevention of Money Laundering Act, 2002 (PMLA) in a ponzi fraud.

Hyderabad: Enforcement Directorate (ED) on Friday has attached assets of Heera Group of Companies Chairman Nowhera Shaik and related others worth about Rs 300 crore, spread across multiple states under the provisions of Prevention of Money Laundering Act, 2002 (PMLA) in a ponzi fraud.

The attached properties include agricultural lands, commercial plots, residential buildings, commercial complexes and bank balances. Enforcement Directorate has attached 96 immovable properties based in Telangana, Andhra Pradesh, Kerala, Maharashtra, and Delhi worth Rs 277.29 crore and movable assets of Rs 22.69 crore totaling to Rs 299.99 crore under PMLA 2002 on August 16. Further investigation is on to identify the remaining proceeds of crime.

ED initiated investigations under PMLA on the basis of FIRs registered by Central Crime Station in Hyderabad, and Andhra Pradesh Police against Nowhera Shaik of Heera Group of Companies and related others on the allegation of illegally collecting deposits from lakhs of investors under the guise of giving very high returns.

Multiple FIRs have been registered by the aggrieved depositors across the country against Heera Group of Companies. During the course of investigation, it is revealed that Nowhera Shaik incorporated multiple companies under M/s Heera Group of Companies and collected an amount of approximately Rs 5,600 crore as unauthorised deposits from around 1,72,000 investors (IBG Members) across the country by engaging a network of marketing executives and direct selling agents with a false promise of paying high rate of returns that is 3 per cent per month (36 per cent per year).

She floated multiple schemes and extensively advertised the schemes to lure the victims.

For this purpose, 'Nowhera Shaik started 24 firms and entities under Heera Group and 182 bank accounts were opened in different banks at different parts of the countries in the name of these 24 entities.

Further 10 bank accounts were also opened in foreign countries such as UAE, Saudi Arabia etcetera. For collecting these deposits, Nowhera Shaik does not possess any valid permission either under Banking Regulation Act, Companies Act, RBI Act or from any other government agency such as SEBI etcetera for collecting deposits.

She started gold, food and textile trading businesses only to create the impression that she was earning legitimate profits, but in reality, the payouts to the new members were simply being funded from the cash flows generated from new members and investments.

The volume of business in her gold, textile and food marts was miniscule and not sufficient to justify the high returns promised by her.

Nowhera along with her family members and close associates diverted the depositors' money to their personal accounts and amassed huge movable and immovable assets for wrongful personal gain.

The diverted funds were further layered into various shell companies and in the form of benami assets so as to ultimately cheat lakhs of victims, ED officials said.