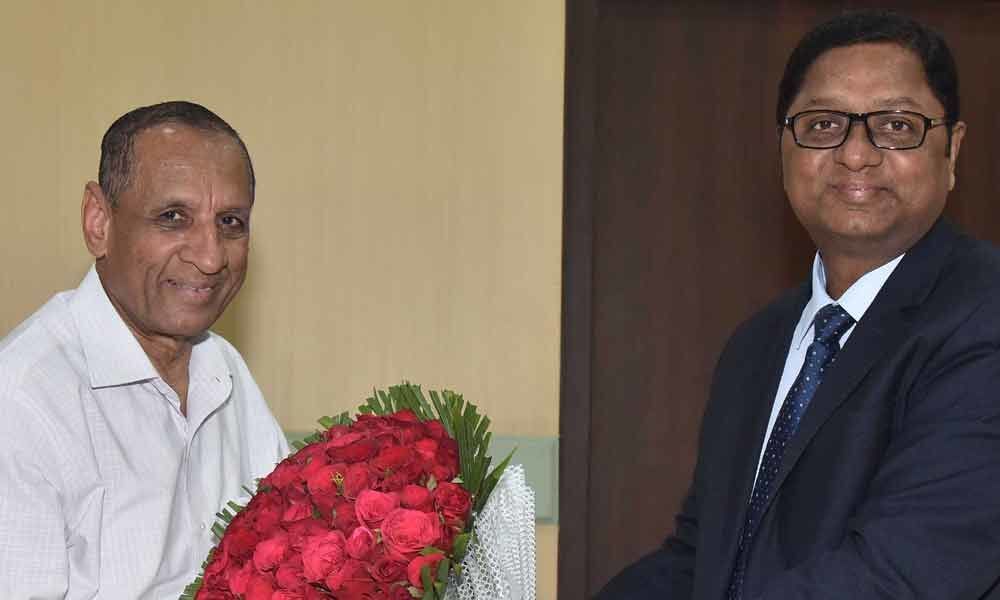 The Vice Chancellor expressed his deep regards to the Governor on his noble gesture of overseeing the all round development of the Government High School, Khairatabad. Under the guidance of the Governor, a teacher training programme will be conducted by the EFL University, under University Social Responsibility (USR), which is expected to start in July 2019 at the Government High School, Khairatabad, for better teaching practices and outcomes. In addition to this, it has been contemplated to offer functional training to the students of the School in select foreign languages.

Prof. Suresh Kumar apprised the Governor about University Social Responsibility (USR) which is the first-of-its-kind initiative in the country to be adopted by any University in India. This initiative pioneered by the Vice Chancellor provides the platform to realize its responsibility towards society and in the process to deepen its engagement with the community. Through USR, the University has developed Open Educational Resources in English, Sanskrti, Hindi, Russian, German, French, Spanish, Italian, Arabic, Japanese, Korean, Chinese, and Persian which are ready for launch. The thirty-hour proficiency course in Oral Communication Skills, in each of the languages will be offered free of cost.

Also, a mobile app called EnglishPro has been developed to impart lessons in English pronunciation and it is ready for launch. It has been specially designed for rural, semi-urban students, and unemployed youth of the country.