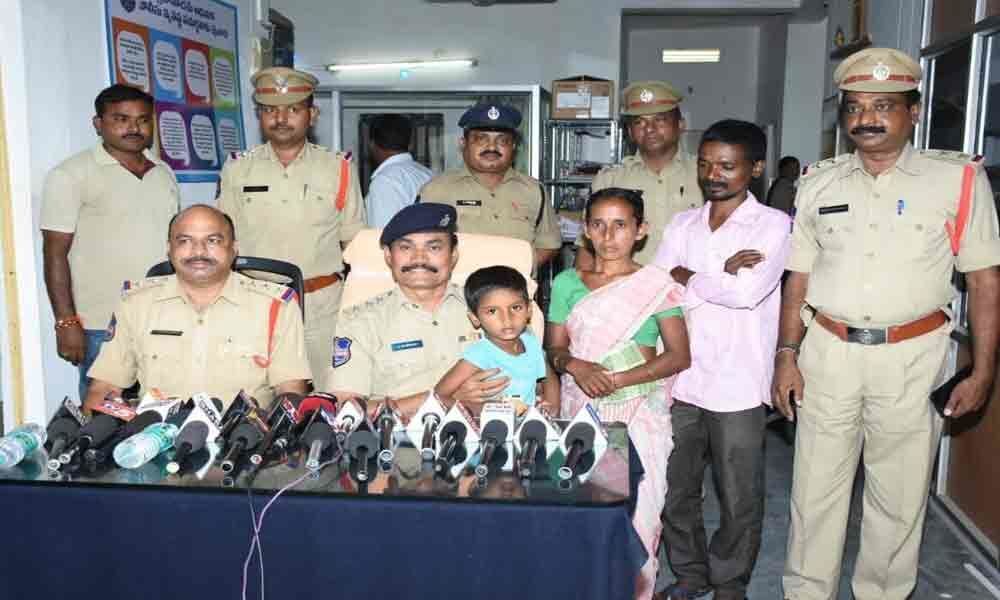 The police on Thursday arrested four persons who allegedly abducted and tried to sell a seven-year-old boy from the MGM Hospital.

Warangal: The police on Thursday arrested four persons who allegedly abducted and tried to sell a seven-year-old boy from the MGM Hospital. The boy P Yashwant was reported missing at the out-patient unit of the Paediatrics on August 31.

His mother Jyothi failed to find him on her return to the OP unit after consulting a doctor for her younger son. According to Warangal ACP J Narsaiah, the accused were identified as Karne Aruna and Ramaswamy of Katrepalli under Sangem mandal of Warangal rural district. They tried to sell the boy for Rs 2.5 lakh but put off their plan fearing being caught by the police. They left the boy near Warangal head post office.

An auto driver who found the boy wandering alone handed him over to his relatives. Based on CCTV footage from the MGM hospital, the police started investigation and formed special teams to find the boy.

Reportedly, while Aruna and Ramaswamy kidnapped the boy, two others Endla Srinivas and Sunitha of Mondrai held him captive in their house. Based on the details given by the boy, the police traced the accused and arrested them.