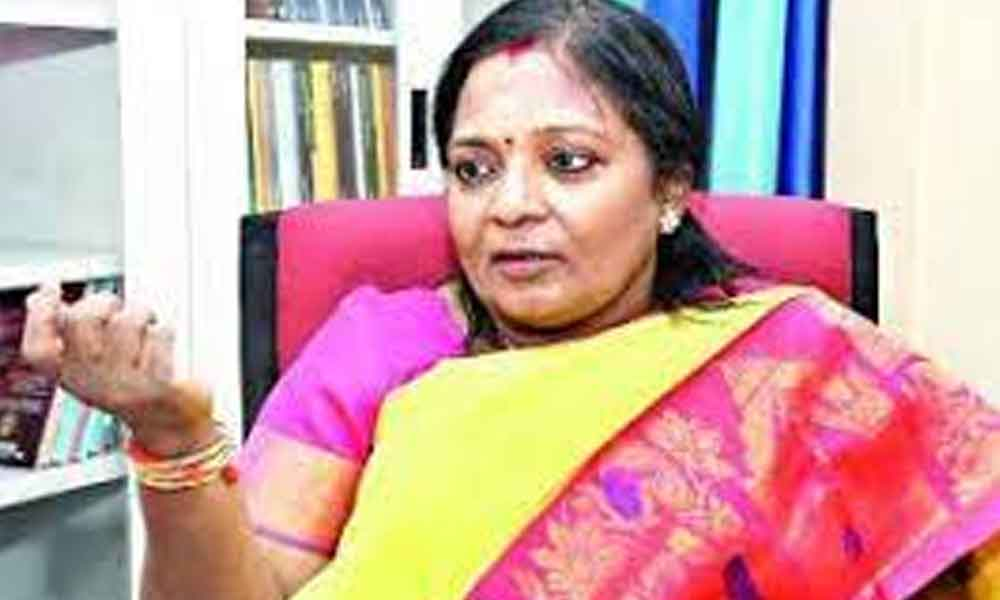 Governor Dr Tamilisai Soundararajan on Thursday called for an exhaustive survey to identify the community, family, and individual-based needs in primitive tribal habitations

"The exhaustive survey will help take up individual-need based nutritional interventions", she added. She also directed to come up with other infrastructure and development initiatives necessary in the village.

The Governor, through a video conference from Puducherry, was interacting with the sarpanch, other villagers, health workers, officials, and other representatives of Pusukunta tribal habitation of Konda Reddy community in Dammapet mandal in Kothagudem district.

During the video conference, the sarpanch and other tribals thanked the Governor for initiating the nutritional intervention programme to improve their nutritional status.

Responding to their fervent appeal to visit their tribal habitation, the Governor assured them that she would visit Pusukunta at the earliest.

Dr Tamilisai Soundararajan also enquired about the welfare schemes and other programmes being availed by the tribal people in their habitations and sought to know if there were any difficulties in accessing them.

The Governor appreciated the efforts of the Raj Bhavan team-led by Joint Secretary to Governor J Bhavani Shankar and IRCS Bhadradri-Kothagudem district branch in conducting the health camps for the children, distributing the health and hygiene kits, and providing medical services to Konda Reddy primitive tribal people in Pusukunta.

The team comprised of experts from National Institute of Nutrition, ESIC Medical College, and the Indian Red Cross Society.

Later, the team-led by Joint Secretary to Governor J Bhavani Shankar also visited trained mandal level officials of Aswaraopet mandal at Tahsildar office on the modalities of the exhaustive survey in another selected Kondareddy habitation Gogulapudi.