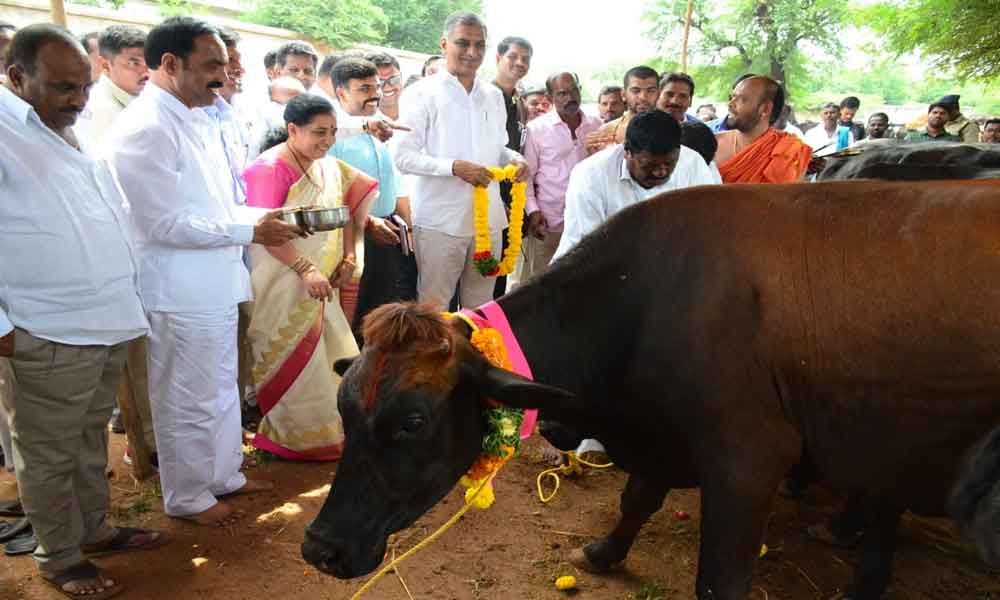 Minister Harish Rao said farmers should incline towards organic farming. He distributed cows given by the Department of Animal Husbandry, here at...

Siddipet: Minister Harish Rao said farmers should incline towards organic farming. He distributed cows given by the Department of Animal Husbandry, here at Cotton Market on Tuesday.

Speaking on the occasion, the minister said farmers will get good profit by selling the milk, which is also a healthy drink for all. He thanked Gadwal MLA Krishna Mohan for inspiring the programme. Harish said 232 farmers in the constituency have been switched to organic farming and cows are given to them for free of cost.

He told them to take care of the cows and that action would be taken if anyone found to be reckless. Police Commissioner Joel Davis, officials from animal husbandry, people's representatives were also present on the occasion.