Hyderabad: Cops book case against Mahant of UP temple 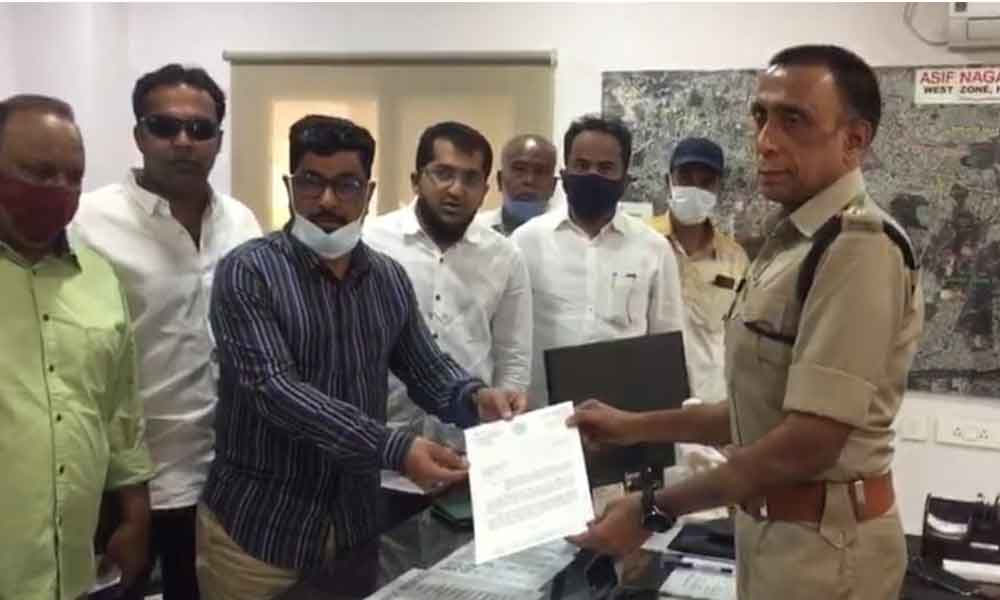 MLA Jaffer Hussain Merajalleges blasphemous remarks by him against Islam

Nampally: MLA Jaffer Hussain Meraj filed a complaint against Mahant Swami YatiNarasinghanandSaraswati of Dasna Devi temple in Ghaziabad. The complaint was lodged at Humayun Nagar police station in the city on Sunday, for blasphemous comments on Islam and Prophet Mohammed.

In a viral video, it was seen that Narasinghanand during an event at Press Club of India in Delhi was seen using offensive language and hate speech against Islam and Prophet Mohammed.

Jaffer Hussain filed a complaint with Asifnagar ACP RG Siva Siva Maruti, upon which the Humayun Nagar police took complaint and registered the FIR (first information report) under section 153-A and 295-A of the Indian Penal Code (IPC).

The MLA,later speaking to media, said that he was filling a complaint on the instruction of Hyderabad MP and All India Majlis-E-Ittehadul Muslimeen(AIMIM) chief Asaduddin Owaisi. "The video surfaced on social media in which Narasinghanand is disrespecting Islam and Prophet Mohammed in Press Club of India.

It hurt the religious sentiments of all the Muslims in India and across the World," he added.

Narasinghanandin his hate speech is provoking violence against Muslim, alleged the MLA. He further raised objection against the Press Council of India permitting such conferences.

"We demand strict action against the Swami Narasinghanand and we have faith in the constitution of the India, and I appeal to the city police and government to take cognisance of it," he added.

Meanwhile, Asaduddin Owaisi also condemned the remarks by tweeting, "Prophet (SAW) is unacceptable. Can these criminals acting as religious teachers get over their unnatural fixation with Islam?

For something that you do not like, you do spend a lot of time on it. I'm sure there's enough in your own belief system that you can discuss. Delhipolice, this man is insulting Islam for the sole purpose of provoking violence against Muslims!"

Earlier, the priest also reportedly asked for donations and called upon Hindus to stand against Muslims. In another instance last month, his name came up in connection with an incident where a Muslim boy was allegedly beaten up by the sevaks of the Dasna Devi Mandir for drinking water in the temple.