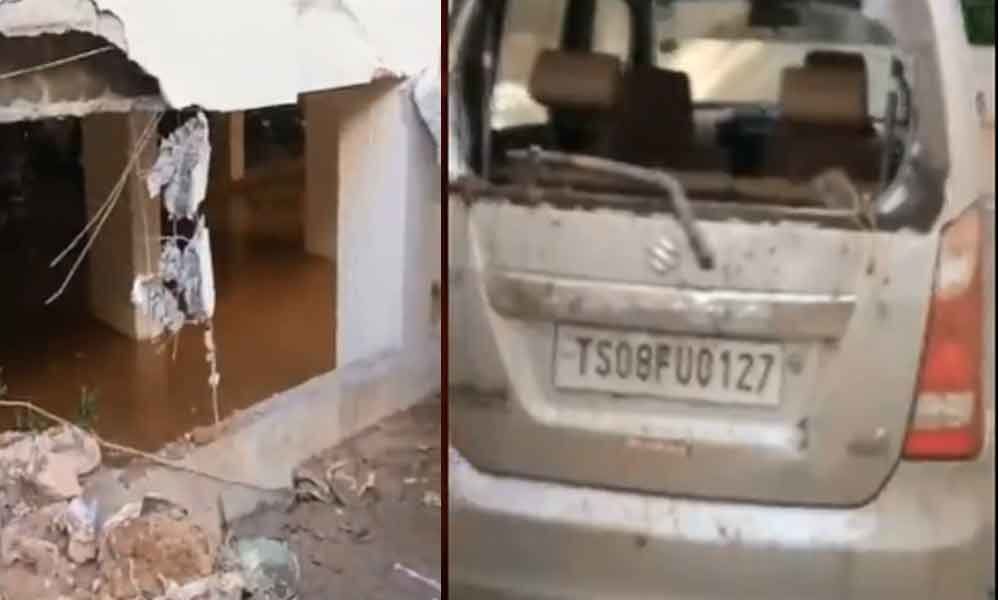 Due to the heavy downpour in the wee hours on Friday, a boundary wall of Meadowland apartments collapsed on cars at KPHB colony.

Four cars parked beside the wall were heavily damaged. According to the police, the wall which has no pillars absorbed the rainwater and collapsed. An investigation is underway.

On August 15, 2019, a boundary wall of a Girls school at Moazzam Jahi Market collapsed following heavy rainfall. As it was collapsed at night, no casualties were reported. The Madarsa Tehtaniya Niswaan school was established in 1942.