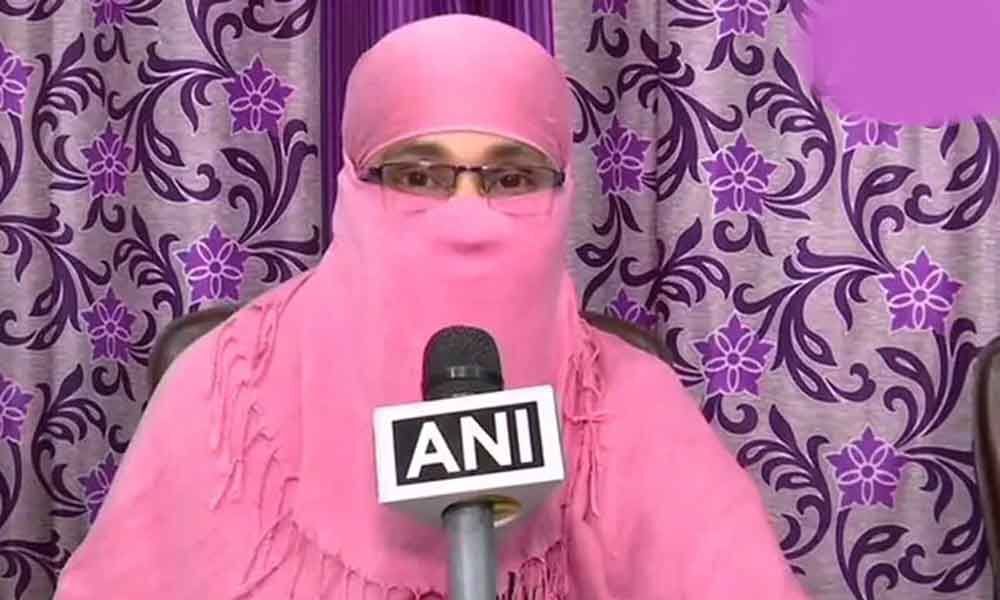 Syeda Mariyum said, I would like to thank Sushma Swaraj and the Indian Embassy in Qatar for rescuing me.

HYDERABAD: A Hyderabadi woman who was stranded in Qatar after being lured to the Gulf country on the pretext of a job, has been rescued.

Speaking to ANI, Syeda Mariyum, who is now back in India, said she was offered the job of a nurse in Qatar for a salary of Rs. 40,000 per month by an agent named Fatima.

"Our family was facing some financial problems earlier due to which I took her offer and left for Qatar on April 11. After landing there, I was picked up by another agent whose name is also Fatima and she kept me in an office which belongs to Gopal, another agent. Gopal took my phone and locked me in the office for four days," she said.

Recalling her ordeal, Syeda Mariyum said despite being offered the job of a nurse, she was sent to a Sheikh's residence to work as a housemaid. Upon refusing to comply with the instructions, Syeda Mariyum said her employer took her to the Indian Embassy in Qatar and left her there.

"The embassy officials called Gopal, who was already involved in three other cases apart from mine. He was arrested by local authorities. Later, Fatima took me from there and tortured me a lot. She said I should stay in Qatar for five years or else my family should pay Rs. 2 lakh for sending me back to India," she claimed.

Owing to her condition in Qatar, Syeda Mariyum informed her mother Tabassum Begum about the developments. "My mother complained to External Affairs Minister Sushma Swaraj through a letter to which the Indian Embassy responded and immediately asked my agent to send me back to India as soon as possible," she added.

"I would like to thank Sushma Swaraj and the Indian Embassy in Qatar for rescuing me," said Syeda Mariyum.