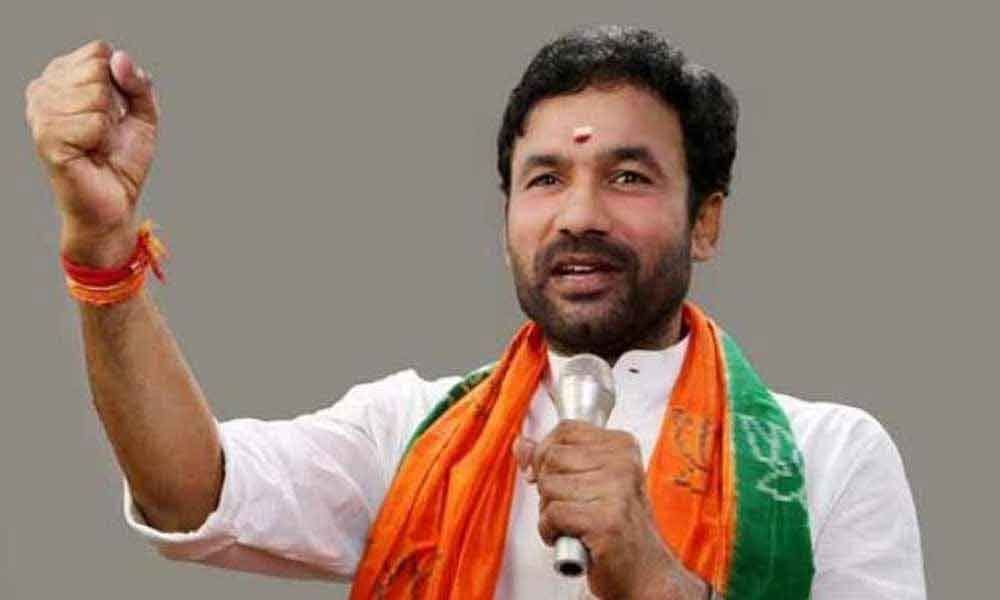 Addressing along with State party chief K Laxman while welcoming leaders from the Progressive Recognized Teacher's Union (PRTU) and other teachers' organizations into the party fold, he said, it is high time that KCR should understand that his government is completely neglecting the teachers, employees and students who had played a key role in the separate Telangana movement.

Terming the joining of the teachers in BJP as a good sign, Kishan Reddy said BJP holds nation above the interests of the party and persons.

The party is ready to bear any kind of loss to protect national interests. On the other, the regional parties from Jammu and Kashmir to Telangana are being run by family-run and dynastic parties.

A democratically run BJP is the only alternative to uphold the spirit of the separate Telangana movement, he said and asked teachers to work hard to support the party coming to power in Telangana.

However, once it is in power the TRS also following the TDP and Congress, he said. Stating that the BJP is the only alternative to the TRS, he said the BJP will conduct the Liberation Day officially after coming to power in the State.