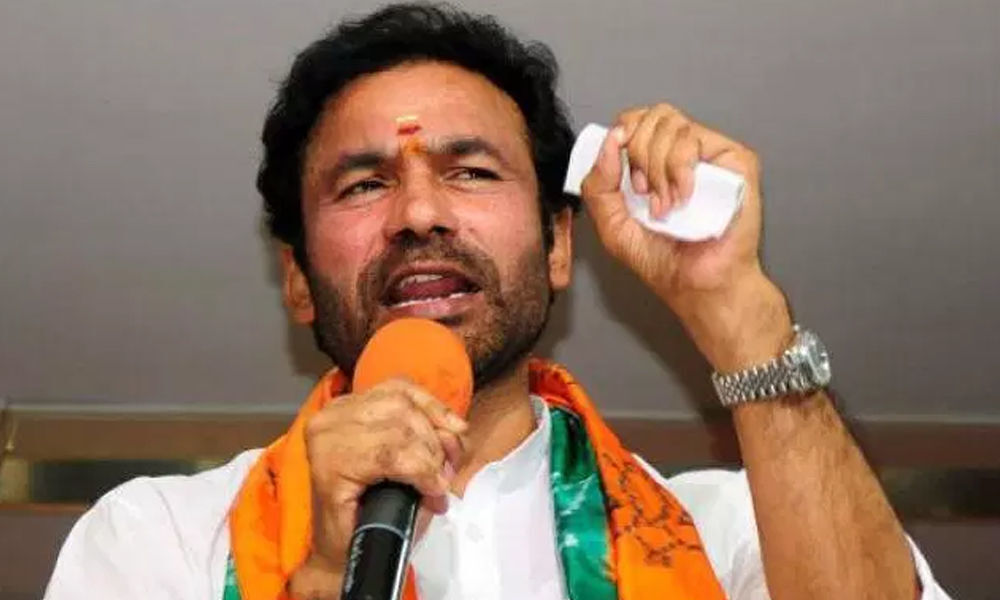 Hyderabad: BJP leader G Kishan Reddy on Thursday thanked the party for giving him an opportunity to contest as the party candidate from Secundrabad Lok Sabha seat.

The former BJP MLA said he worked as an MLA for 15 years and his works are known to the people. He would file nomination on March 25.

He exuded confidence that people and, in particular, young voters of the Secundrabad constituency would vote for him cutting across the party lines.

Assuring that he would do his best for the development of Hyderabad city and make it 'Mini India', Kishan Reddy said, his sole agenda is to ensure victory in Secundrabad LS seat, which is currently vested with BJP.