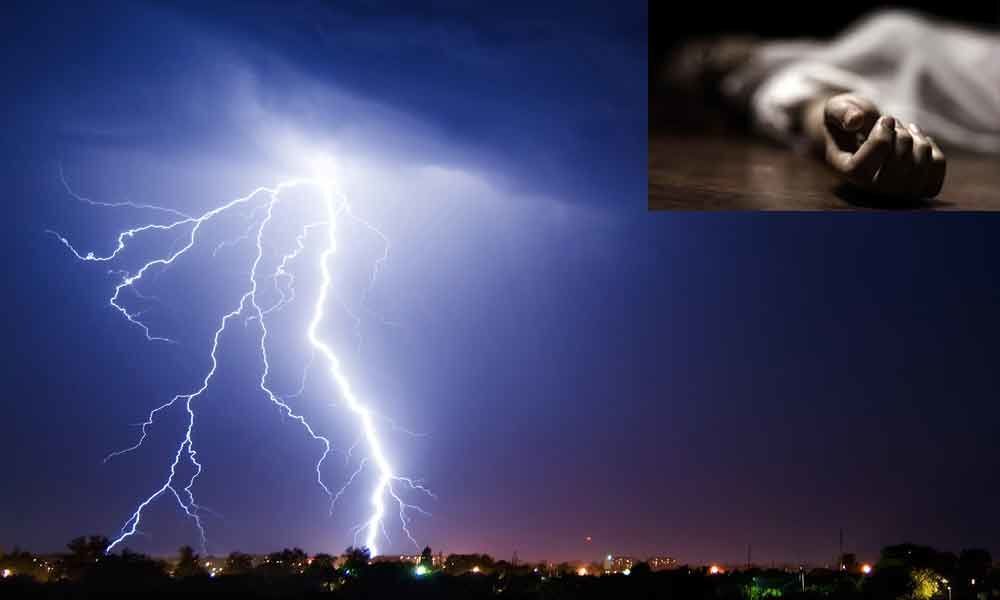 In a tragic incident, two men died after being struck by lightning here at Kollur village of Kotapalli mandal in Mancherial.

They were identified as Lingaiah and Somaiah. The duo went to work in the agricultural fields and later rushed under a tree after heavy downpour.

The two were found dead near the tree due to the lightning strike.