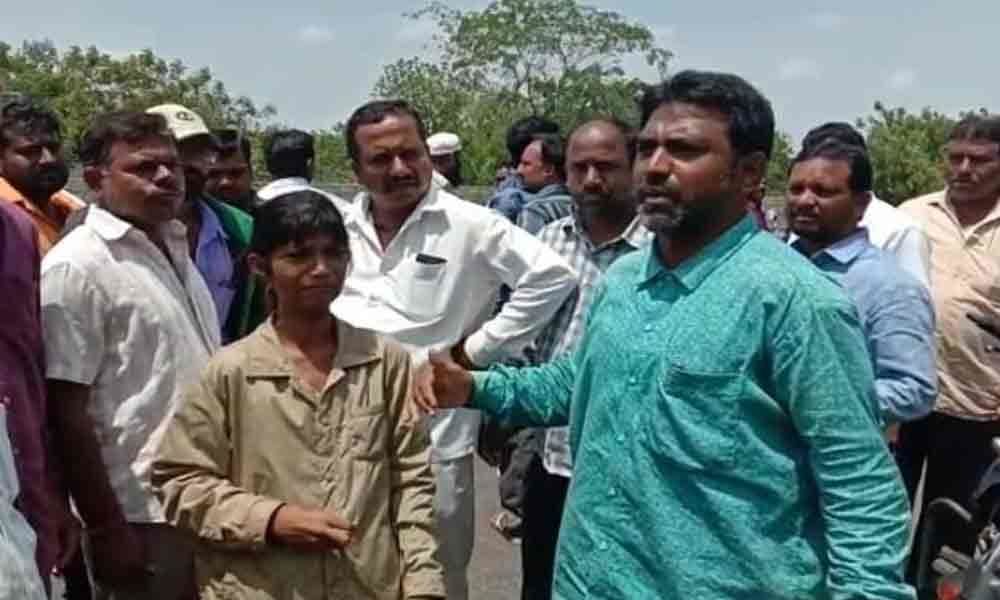 A minor girl was rescued from the clutches of a kidnapper by locals in Chilkur of Moinabad Mandal in Ranga Reddy district on Wednesday.

Hyderabad: A minor girl was rescued from the clutches of a kidnapper by locals in Chilkur of Moinabad Mandal in Ranga Reddy district on Wednesday. According to Moinabad police, a person identified as Muneer abducted a minor girl from Karwan by telling her that he would take her to her grandmother. The minor girl believed him and sat on his bike and the kidnapper took her towards Chilkur.

When the girl noticed that he was taking her to some other place she started shouting for help while on moving bike. Local people observed the ordeal and obstructed Muneer's bike. Fortunately, a known person of the victim identified her and informed her brother. The locals thrashed the kidnapper, and later handed him over him to police. The girl was handed over to her brother. The police registered a case and took up investigation.