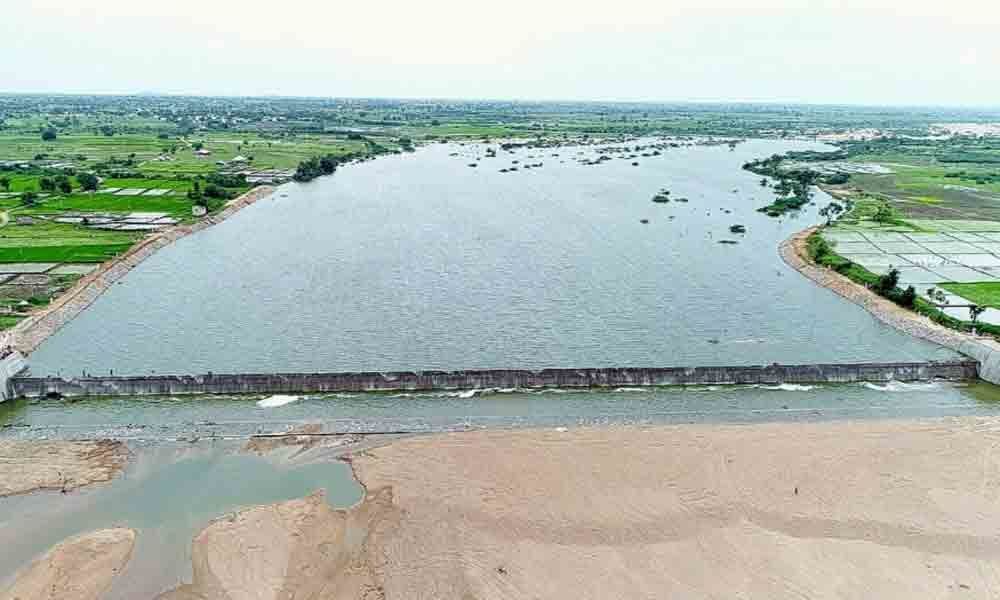 Devarkadra MLA Ala Venkateshwara Reddy inaugurated the check dam constructed at a cost of Rs 5.50 crore at Allipur village of Chinna Chintakunta mandal in Devarkadra constituency on Friday.

Mahbubnagar: Devarkadra MLA Ala Venkateshwara Reddy inaugurated the check dam constructed at a cost of Rs 5.50 crore at Allipur village of Chinna Chintakunta mandal in Devarkadra constituency on Friday.

Speaking on the occasion, the MLA said that the State government was giving highest priority to the construction of irrigation projects in the State and as part of State government's efforts, mini-check dams which are useful in preventing soil and land erosion are being constructed.

"Allipur village had been facing regular droughts as the rainfall in this region is very less. In order to help the villagers to develop a water source, we had proposed to take up this check dam and finally could complete in the stipulated time of just one year. I am hoping this check dam would help recharge all the borewells in the village and surrounding region of Allipur and it would also help in meeting the drinking and irrigation needs of the people," said Ala Venkateshwar Reddy.

The MLA, who was happy and excited over inauguration of the check dam, later jumped into the dam and swam for a while. He later met the youth of the village and learned about the various problems and issues the villagers were facing, and assured to help them resolve all the issues immediately.

He said that construction of such check dams was the need of the hour wherever there was a problem of depleting groundwater. He said it was important to conserve every drop of water and expressed the need to build more such check dams.