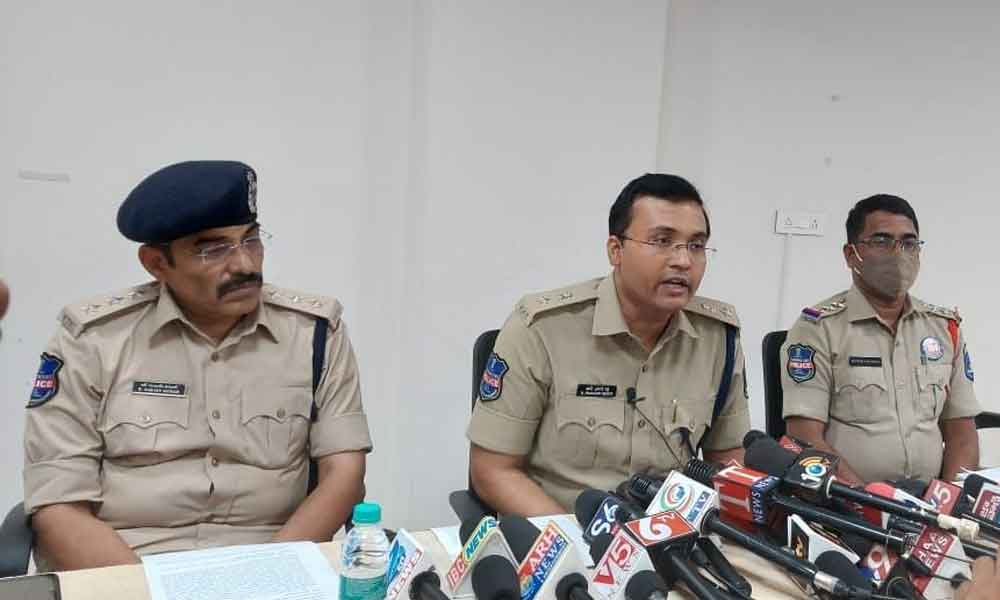 Mailardevpally: Six accused persons involved in the murder of a man under Mailardevpally police station on Thursday were arrested by the Cyberabad...

Mailardevpally: Six accused persons involved in the murder of a man under Mailardevpally police station on Thursday were arrested by the Cyberabad police on Saturday. The accused were identified as Yaseen Khan, Md Adnan, Abdul Ali, Md Mahboob, Md Saddam and Md Shoaib, all residents of Vattepally.

According to DCP Prakash Reddy, the victim Asad Khan, earlier in 2018 murdered Amjad Ali Khan, father of accused Yaseen Khan. Since 2018, Yaseen Khan nurturing grudge against Asad Khan was planning to eliminate him.

As part of his plan, Yaseen Khan and five of his aides on March 31 tried to kill Asad Khan.

But, due to too much public, they failed to execute their plan. However, on April 1, all the accused attacked Asad Khan with sickles and killed him brutally. Asad Khan was killed in broad daylight when he was returning to his home in Teegalakunta.