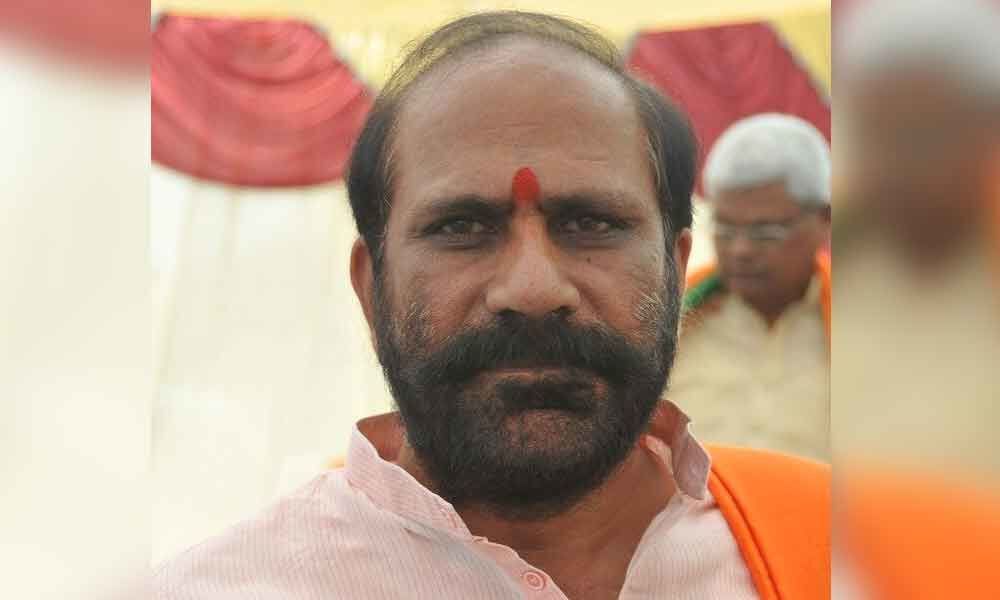 Taking exception to the statement of the Minister here on Sunday, he said people are voluntarily enrolling themselves through the mobile-based party membership programme of the BJP.

"We are not enrolling members like the TRS leaders sitting at homes using the voters' lists," and alleged that the TRS leaders are threatening people that they would not receive social welfare pensions and Rythu Bandhu financial help if they fail to enroll as the members of the ruling party.

Further, the BJP is neither enticing nor luring people to enroll as members offering insurance coverage, he pointed out.

Dharma Rao said the increasing response to the BJP mobile-based membership drive from the people is to strengthen the patriotic nationalist, development and to extend their support to the leadership of Prime Minister Narendra Modi, he added.

He said people across Telangana have been rejecting family-ruled parties like TRS that's why the ruling party's popularity graph is sinking day by day. In addition, people are revolting against the TRS leaders' efforts to enroll members by threatening people.

Dharma Rao challenged Srinivas Gowd, "BJP will give not one hour but ten days. Let the Minister (Srinivas Gowd) show if the TRS can enroll three crore members through mobile-based membership drive." The BJP leader also asked the Minister to disclose the details of membership enrollments of TRS in Mahbubnagar, from where Srinivas Gowd represents.

Dharma Rao also asked the ruling party leaders to stop making baseless allegations on the mobile-based membership of the BJP.

The outburst of the TRS leaders exposes the insecurity brewing within the TRS as the BJP is fast emerging as an alternative for TRS in Telangana, he said.