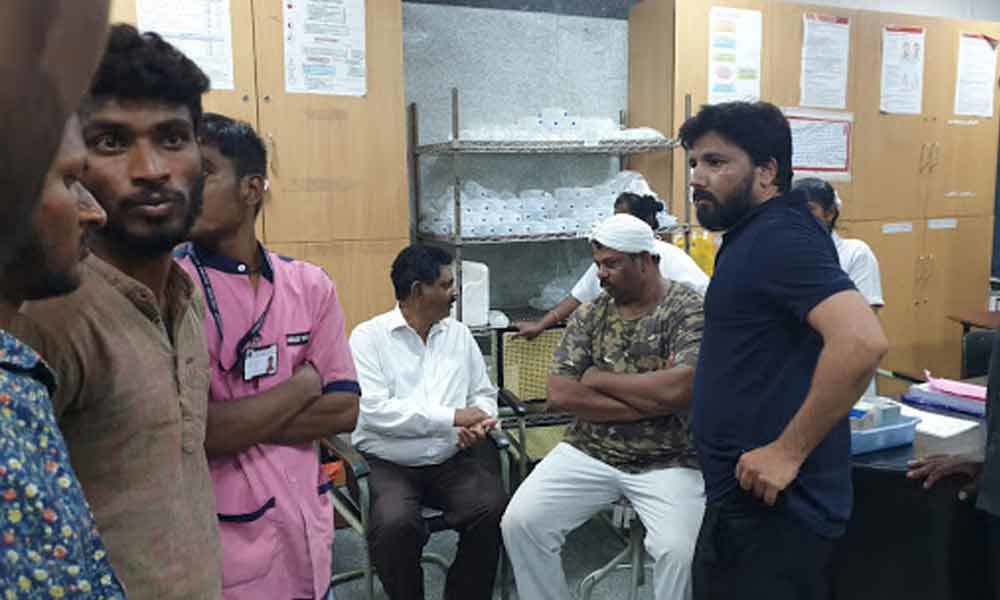 The BJP MLA alleged that the police resorted to lathi charge on him and his supporters while the leaders were trying to erect the statue of Rani Avanti Bai Lodh at Jumet Bazar.

While the police prevented the leaders from installing the statue as they no permission was given, the MLA picked up a quarrel with the police to allow them to install the statue.

Video clearly shows that MLA Raja Singh was trying to inflict injuries on his head with a stone. Policemen are not carrying lathis and in fact they have taken away stone from his hands. Do not spread rumors. Let's stay vigilant! pic.twitter.com/rOTaJtaEBB