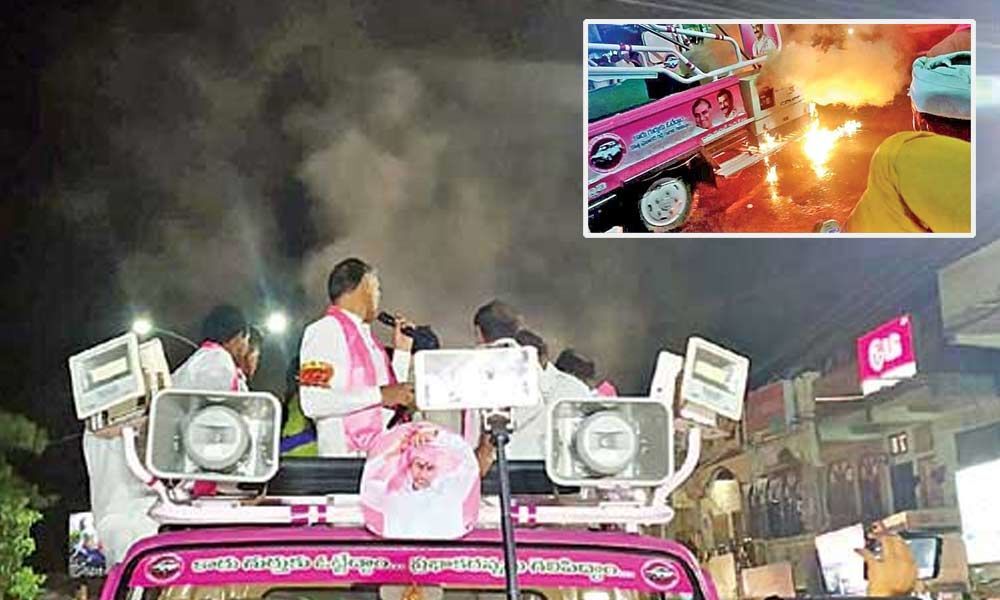 Former minister T Harish Rao had a narrow escape after the campaign vehicle caught fire during electioneering in Toopran mandal of Medak.

The smoke engulfed from the generator of the vehicle due to leakage of diesel while Harish Rao was addressing people in Toopran. Alerted over the smoke, Harish Rao, Medak MP Kotha Prabhakar Reddy, Narsapur MLA Madhan Reddy, MLC Farooq Hussain got down from the vehicle.

However, the party workers and public poured water on the generator and doused the fire.

Harish Rao was campaigning for the Medak MP Kotha Prabhakar Reddy for the ensuing Lok Sabha elections in Telangana.