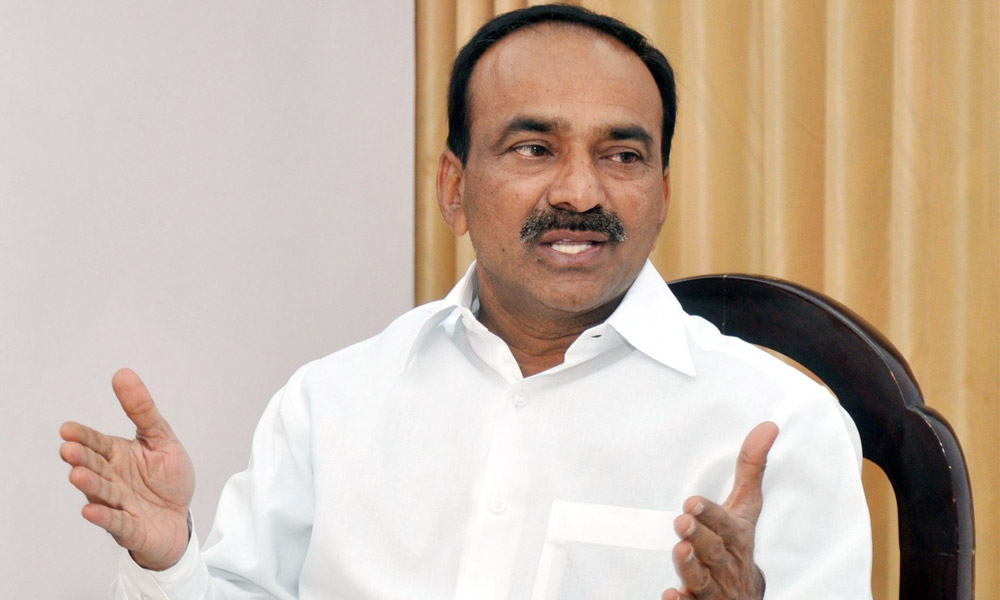 Minister Eatala Rajender said that he had not occupied any lands and had not forced anyone to give their lands. "The government should have confronted me on the matter after the allegations. I was unable to solve my own problems being in minister's post and I don't have any plans to launch a political party.," the minister said addressing to media.

Eatala also asked the government to investigate the allegations with sitting judge. "We have purchased 40 acres of land in Achampalli for Jamuna hatcheries," said the minister. He also added that the hatchery has been set up on a bank loan.

Responding to the transfer of portfolio, the minister said that the health ministry has been transferred to the Chief Minister to provide better healthcare services. "The CM has the power to remove any minister from the cabinet. I will continue my services for the people even if the minister position is taken away," he said.