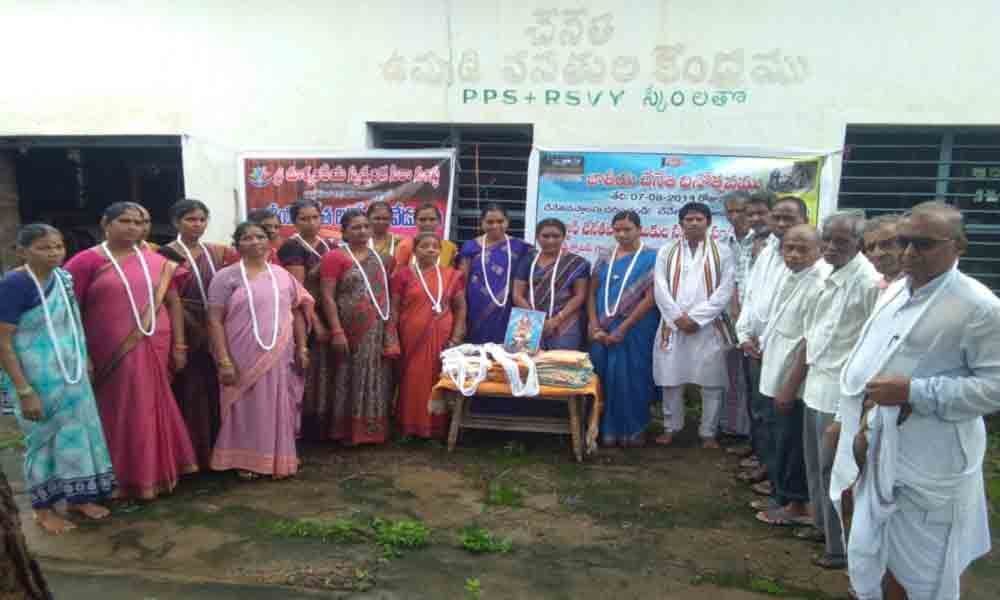 Kaghaznagar: Bejjur Handloom Society workers had celebrated National Handloom Day at Kosini village in Kaghaznagar zone on Wednesday under the direction of Sri Markandeya Voluntary Organisation. The handloom workers were felicitated on Weavers Day and later annadanam programme was organised.