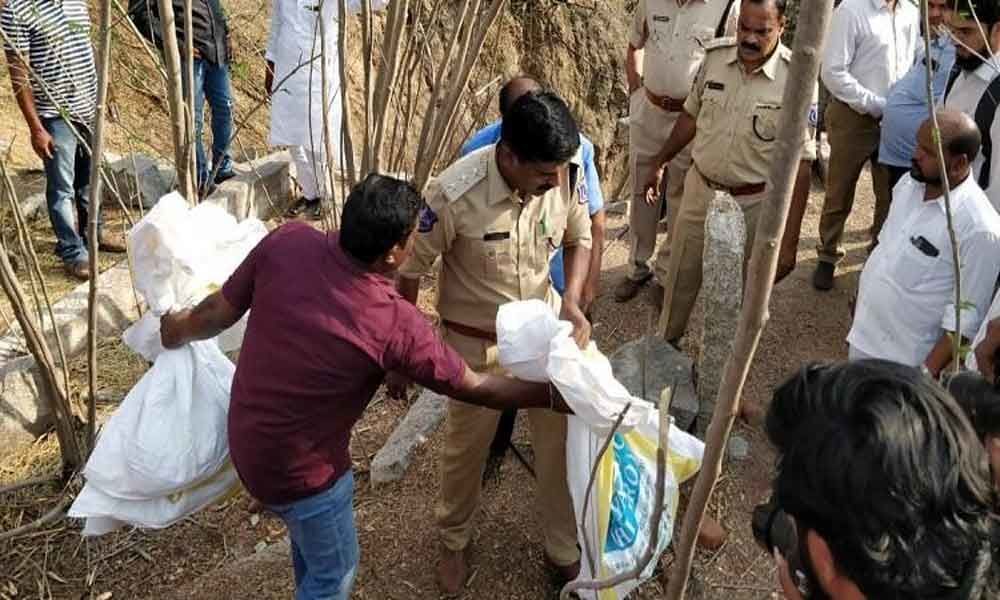 A sixth class student who went missing since April 22 , 2015, from the dried up open well at Hajipur village of Bommalaramaram mandal in the district. She was missing since 2015; accused confesses to killing and burying her in the dried up well.

Yadadri-Bhongir: The police on Tuesday exhumed the skeletal remains of Tungini Kalpana, a sixth class student who went missing since April 22 , 2015, from the dried up open well at Hajipur village of Bommalaramaram mandal in the district. Her school bag was found as well.

The accused - Marri Srinivas Reddy, confessed to killing the child and burying her body in an open well, four years ago. The police got into the open well at 3.20 pm in the day and dug up the skeletal remains of the victim, with help from the fire department.

The victim's parents, and the District Collector Anitha Ramachandran were at the location as well.The villagers informed the collector that there were four such open wells in the area, to which the collector responded saying she would send search parties there as well. The village doesn't have public transport access at the momennt, which the murderer took to his advantage, and killed two other girls in the same fashion.

The collector promised the citizens that the murderer would be punished and she would request TSRTC to run buses as soon as possible to the area.