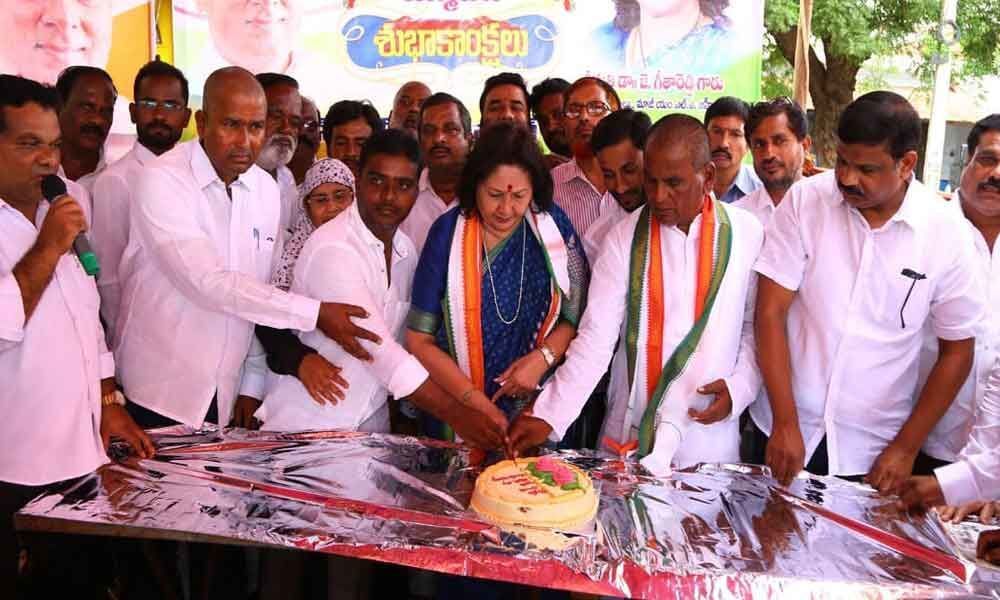 Later, they conducted a rally carrying poster of Rajiv Gandhi. Speaking there, Geetha Reddy said, "Rajiv Gandhi's services to the nation were very remarkable. The welfare programmes introduced by Rajiv Gandhi were useful to backward class people." She further added, "Congress party leaders and activists should take Rajiv Gandhi as inspiration and strengthen the party."