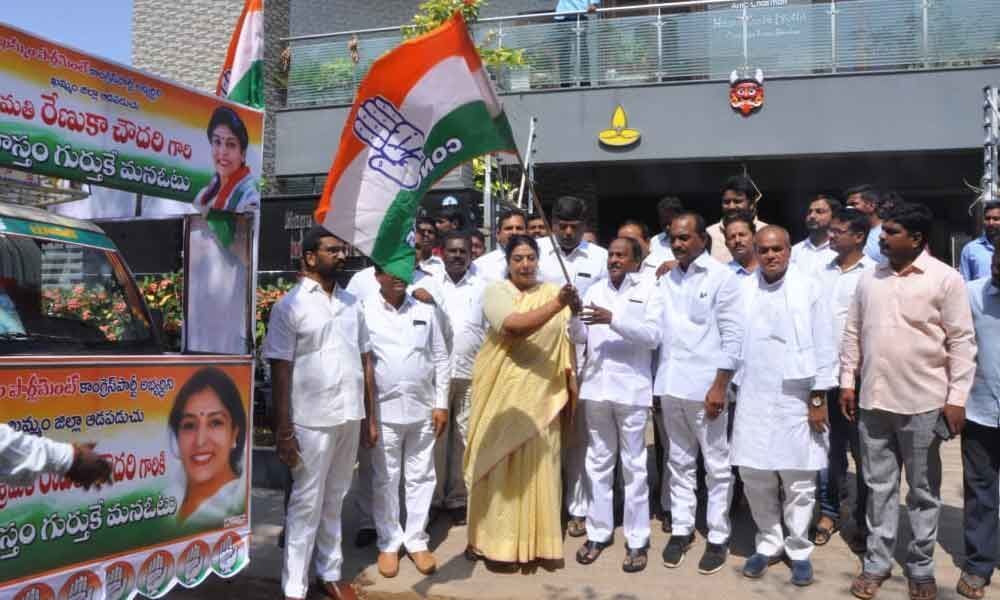 The campaign vehicles for seven Assembly constituencies in Parliament segment were sent to the respective constituencies. The vehicles were designed specifically by covering Congress flags, as well as Rahul Gandhi, Sonia Gandhi, Priyanka Gandhi and Renuka Chowdhury's photos.

Speaking on the occasion, Chandra Shekhar said, "Rahul Gandhi will be the Prime Minister of our nation and will come to power with the highest number of Parliament constituencies in the upcoming Lok Sabha polls." He added that the victory of Renuka Chowdhury has already been declared and people are looking forward to democratic and secular rule in the country.

On the occasion Renuka Chowdhury said, "I am very thankful to everyone who is supporting me for the past 20 years. I have no political heirs and people are my political heirs.

People will teach a lesson to Modi and KCR in this election. It is sad that this government did not provide gunmen for my security although I am a former Central minister participating in this election."