Result protests refuse to die down 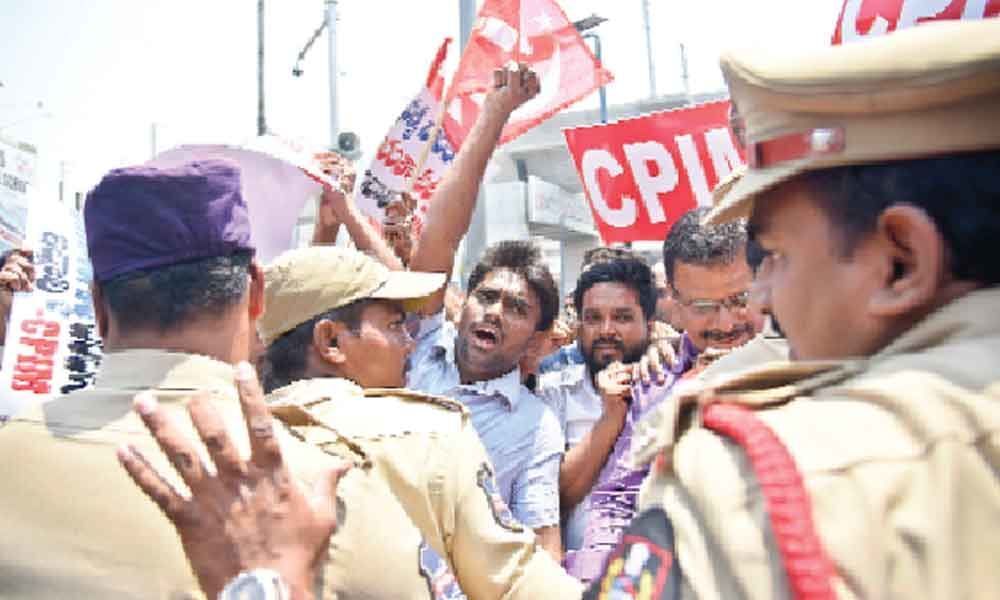 Protests and arrests continued over the Intermediate results fiasco in front of the Telangana State Board of Intermediate Education (TSBIE) for the seventh day on Friday.

Hyderabad: Protests and arrests continued over the Intermediate results fiasco in front of the Telangana State Board of Intermediate Education (TSBIE) for the seventh day on Friday.

Telangana CPI (M) activists, led by its State secretary Tammineni Veerabhadram and other senior leaders, staged a protest at the TSBIE office at Nampally, demanding justice for the students.

The CPI (M) leader demanded overhauling of the Intermediate Board. He also demanded that Rs 20 lakh compensation to the families of each students who committed suicide.

The CPI (M) also demanded that the State government take necessary action against the officials responsible for the irregularities in the declaration of results and blacklist the private company hired to render technical services to the Board.

The ABVP student leaders met State Governor E S L Narasimhan and submitted a memorandum over the irregularities in the announcement of the Intermediate results.

The All India Student Federation (AISF) leader filed a complained in Begambazaar police station against the TSBIE Secretary A Ashok and other alleging that the irregularities, which crept into the declaration of the Intermediate results, caused unnecessary trauma to the students leading to about 20 students committing suicide.