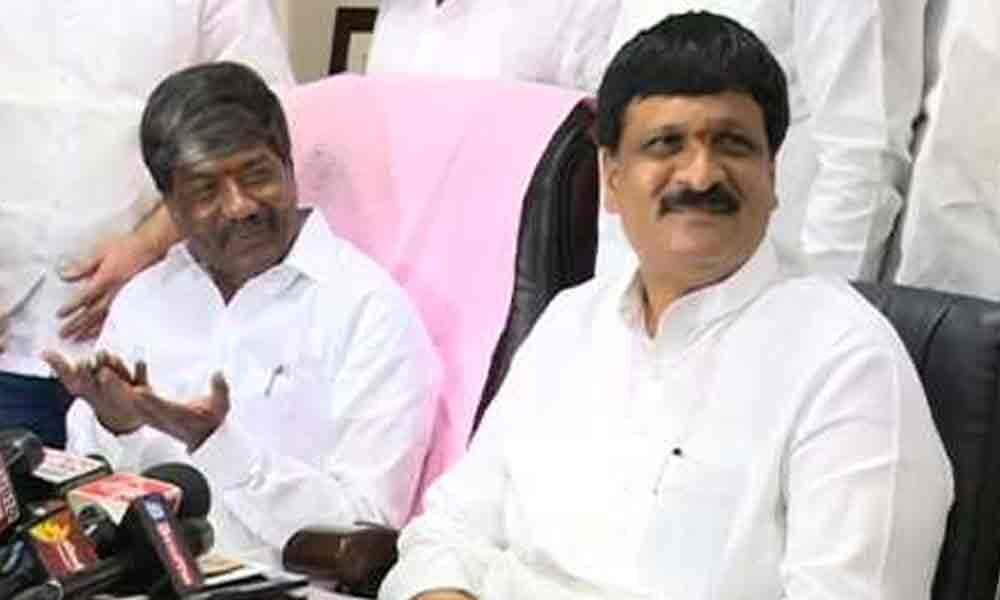 Several Telangana Rashtra Samithi (TRS) leaders are vying to grab the MLC seat under MLA quota, which has been recently vacated by Mynampally Hanumanth Rao.

Hyderabad: Several Telangana Rashtra Samithi (TRS) leaders are vying to grab the MLC seat under MLA quota, which has been recently vacated by Mynampally Hanumanth Rao. The Council seat became vacant after the resignation of TRS leader Mynampally Hanumanth Rao. Rao had won from Malkajgiri Assembly constituency in the recently held Assembly elections.

According to sources, two names are prominently doing rounds for the lone council post, which include K Navin Rao and Rythu Samanvaya Samithi State president Gutha Sukhender Reddy. Chief Minister K Chandrashekar Rao promised Navin Rao, a businessman from the city, of giving council seat after he could not be accommodated the Lok Sabha candidature.

Apart from these two leaders there are several other leaders who are also lobbying for the council seat. The names of Vithal Dande, Takkalapally Ravinder, former Minister Baswaraj Saraiah and former Speaker S Madhusudhana Chary are also doing rounds. As per the strength of TRS in the Assembly, it would not be difficult for the party to get the seat. However, the number of aspirants for the lone seat is making the party leadership think on the candidates, said sources.

Earlier, the TRS chief had finalised three candidates for the Council seats elected through LACs including P Mahender Reddy, P Srinivas Reddy and T Chinnapa Reddy. "Since the three LAC seats were allocated to the Reddy community, there are chances of giving it to a leader from Velama community. Hanumanth Rao was also from a Velama community," leaders said.

If the party chief decides to give it to weaker sections, Vithal Dande will be the choice, opined a TRS leader. Vithal wanted to contest the Lok Sabha from Secunderabad but the party gave the ticket to T Sai Kiran Yadav, son of Talasani Srinivas Yadav keeping in view the dominant Yadav community in the constituency. Similarly, the leaders like Madhusudhana Chary and Saraiah are also expecting that the party would give them an opportunity to enter the Upper House.