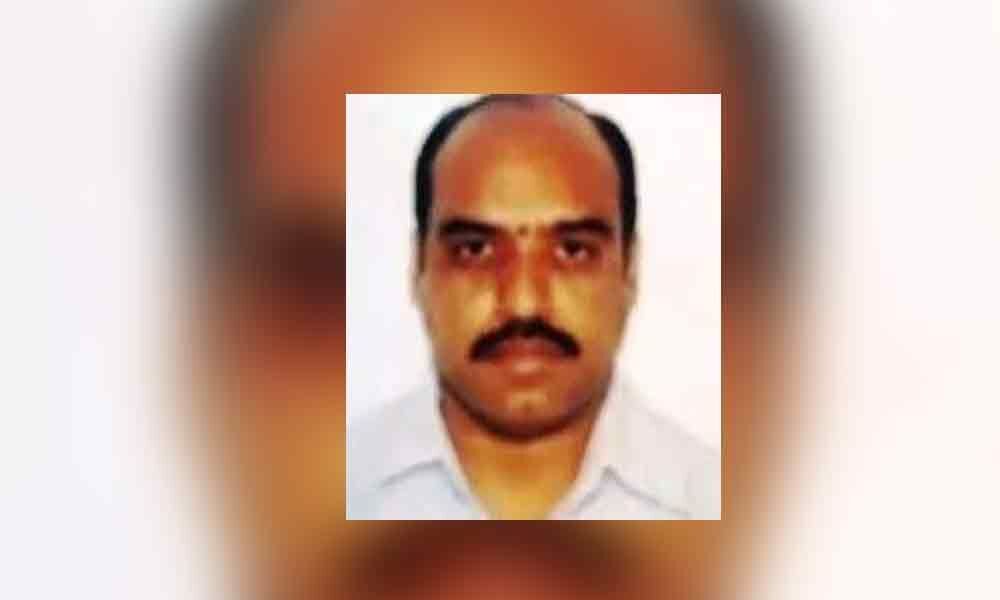 Hyderabad : Steel trader T Ram Prasad (48), who was rushed to hospital on Saturday late night after seriously injured in an attack by the three unidentified assailants in Punjagutta, died in hospital while undergoing treatment in wee hours on Sunday.

Earlier on Saturday night, three unidentified assailants stabbed him with sickles when he was coming out of the Venkateshwara temple in Durganagar under Punjagutta Police station limits.

Police shifted the body to Gandhi Hospital mortuary for postmortem. Later the family members conducted final rites of him at Maha Prasthanam crematorium in Jubilee Hills.

According to B Mohan Kumar, SHO, Punjagutta Police station, Vaidehi, wife of Ram Prasad complained police alleging that they are suspecting Koganti Satyam behind the murder of her husband since he has financial differences with her husband and many a time he threatened her husband that he will kill him.

Police registered a murder case and began investigating in that angle. However to trace the identity of three unidentified assailants who attacked Ram Prasad police are verifying the CCTV footage and also investigating from 'contract killing' angle.

They are also enquiring on the call data of Ram Prasad to get clues. They formed four teams to nab the three assailants, suspect Satyam and searching for them in Hyderabad, Vijayawada and Vishakhapatnam.

Ram Prasad along with his wife and children came to Hyderabad in 2015 and was staying in Khajaguda and running a steel trading company in Hyderabad.

On the other hand the suspect in the case Koganti Satyam, speaking to the media on Sunday said that the allegations against him are baseless and TDP former MLA Bonda Uma is behind the scene.

'Since I worked against him and supported the YSR Congress Party in the recent elections, by colluding with Vaidehi, he was instigating her to make false allegations against me,' Satyam alleged.

He said he is ready to face any enquiry by the police and will co-operate with police to unearth the truth.

Koganti added, in 1995 they have started Kamakshi Steels in Vijayawada and one of the partners Bonda Uma sold his share in 2003 to Ram Prasad before he joined politics.

As a working partner Ram Prasad continued his trading and after 5 years when they did audit Rs 70 crore fraud was unearthed in the business.

Later by selling his share to another company Ram Prasad shifted to Hyderabad and with that amount he started a new company of steel business.

Further he alleged that Ram Prasad cheated many scrap businessmen and others to the tune of crores of rupees and evaded them since many years.