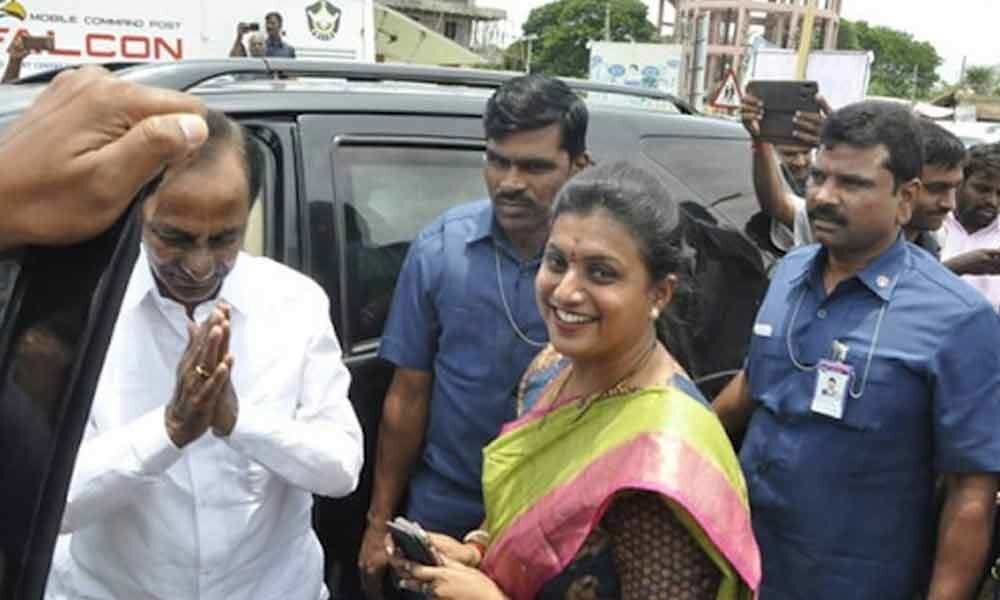 Rao was received by the district Collector P Ponnaiah and led into the temple amid security.

The chief minister offered prayers by sitting in front of the deity.

He was then briefed on the history of the temple and Lord Athi Varadar (Lord Vishnu) by priests and he was offered a garland and 'prasad.'

YSRCP MLA of Nagari in Andhra Pradesh Roja also worshipped at the shrine, alongside the Chief Minister.

The Lord Athi Varadar festival is on here since July 1 and it is slated to culminate on August 16.

The deity made of fig wood is taken out of the temple tank once in 40 years and kept for worship by devotees.