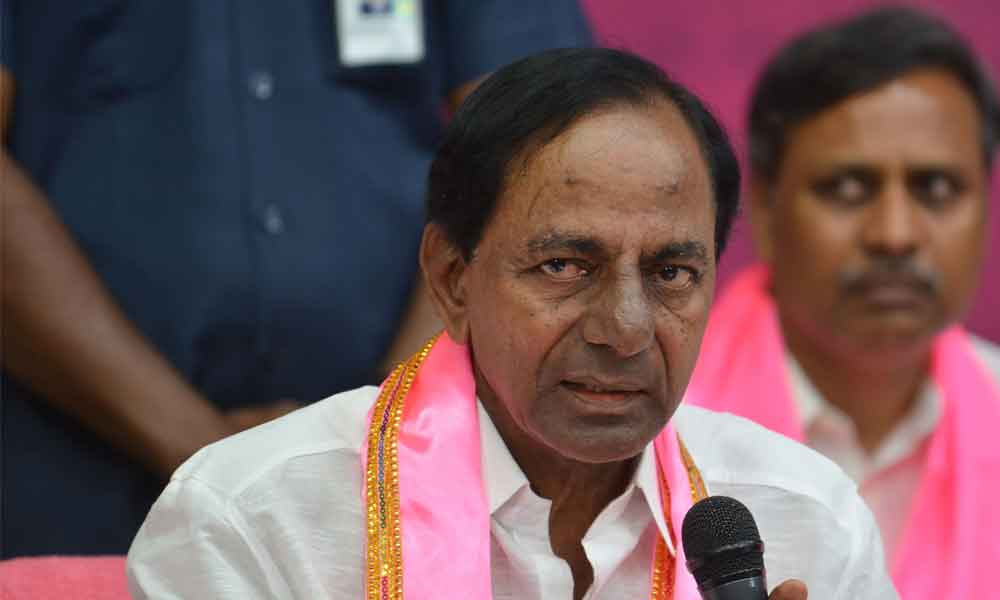 The State Government is all set to come up with a big announcement promising comprehensive development of the backward communities. The new scheme, which is scheduled to be announced on April 27, will be named as "KCR Apathbandhu" scheme.

Hyderabad: The State Government is all set to come up with a big announcement promising comprehensive development of the backward communities. The new scheme, which is scheduled to be announced on April 27, will be named as "KCR Apathbandhu" scheme.

While the officials claim that Chief Minister K Chandrasekhar Rao had come with this idea to coincide with the completion of two decades of TRS, political parties feel that it is with an eye on the ensuing local body elections like MPTC, ZPTC and the municipal corporation elections of Warangal and Khammam that are due to take place soon. It may be mentioned here that the BCs constitute more than 50 per cent of the population of the T State.

Officials told The Hans India that under the scheme, the State government would provide skill development for self-employment, distribute ambulances to youth and sewing machines to women.

To make access to quality education, majority of BC residential schools would also be upgraded as Junior Colleges.

The Government has allocated Rs 5,500 crore for BC welfare in the new financial year of 2021-22 and a major chunk of the funds would be utilised for this scheme. All 72 castes, which come under BC category, would be provided adequate funds to get the scheme benefits.

A corpus fund of Rs 100 crore would be created to develop skills among poor women in the Backward communities. They are being offered skill development in various fields from the reputed institutions like the National Institute of Fashion Technology and food processing industries to develop their own business firm.

Officials said that another Rs 300 crore would be spent to provide training in AC repairs and bike and car mechanic works for the unemployed youth in the current financial year. Exclusive coaching centres for BC students who are preparing for competitive exams would be set up under the new scheme in all identified districts. Corporate level education facilities from first standard to Intermediate level would be offered and all the existing residential educational institutions would be upgraded accordingly.