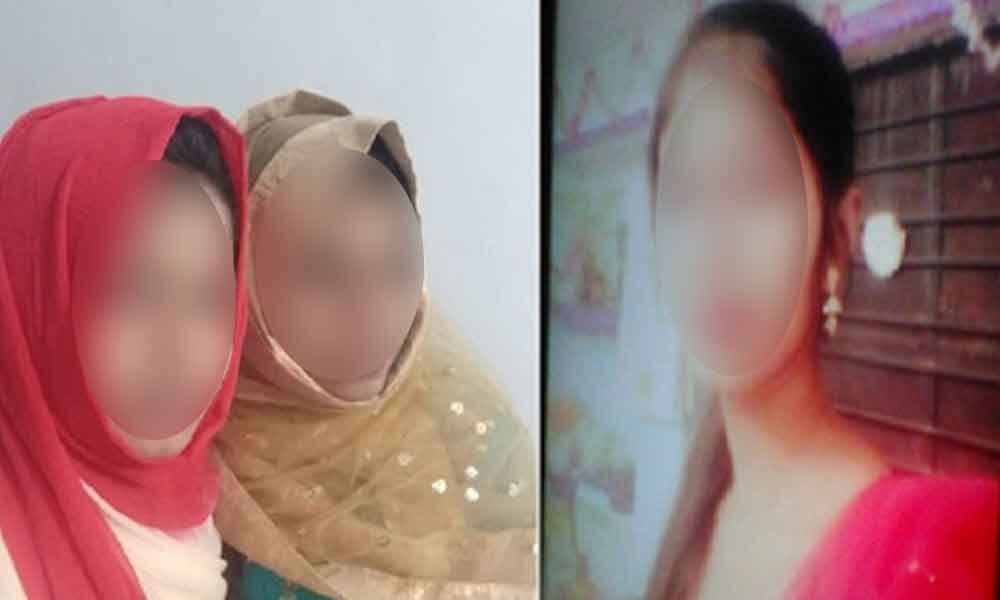 Three sisters went missing on Sunday under Pahadishareef police station limits. According to SI Prabhu Lingam, Ghouse who works as an auto-driver was residing at Pahadishareef along with his wife Rehna Begum and six daughters.

Of the six, three of them got married and another three are residing with their parents. On Sunday, Ghouse and Rehna went out for work leaving their three daughters -- Huda Fathima (20), Taslim Fathima (18) and Tehasin Fathima (16) at home.

When they returned home, the couple found the door was locked from outside. However, they opened the door with another key they had and later found cash around Rs 4,000 and clothes of their daughters were missing.

Based on the complaint lodged by them, the police registered a case and launched an investigation.