Thunderstorms to lash some districts today 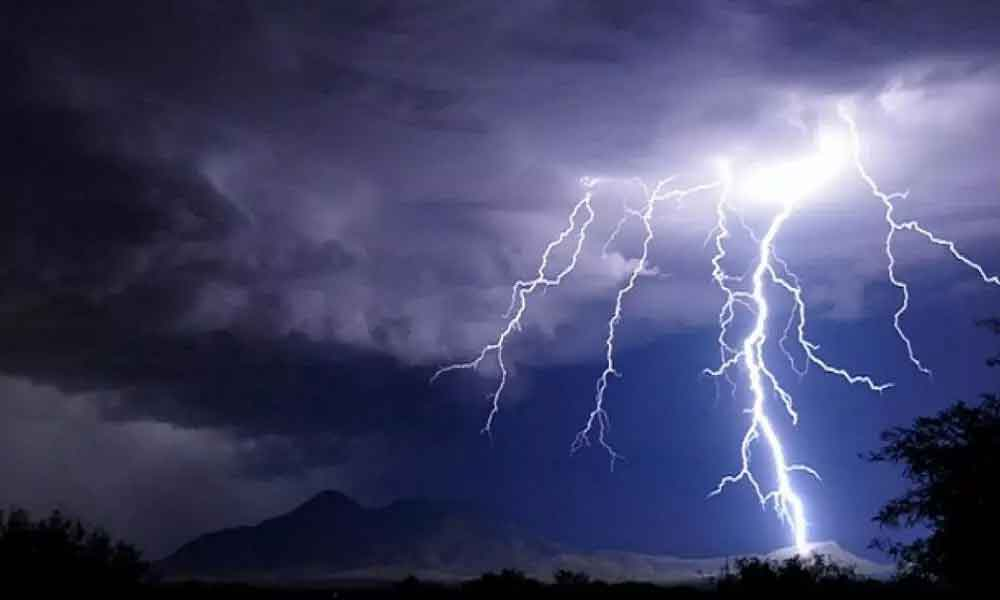 Thunderstorms to lash some districts today

One or two spells of rain forecast in city also

Begumpet: The IMD has warned of thunderstorms with lightning very likely to occur on April 5 at isolated places in JayashankarBhupalapalle, Mulugu, Bhadradri-Kothagudem, Khammam, Suryapet, Mahbubabad and Warangal (Rural & Urban) districts of Telangana.

It will be down by a degree on april 7 and 8 and by two degrees on april 9. On april 10 the day temperature would be 39 deg C. The IMD bulletin said on Sunday that the rain was being caused by the persisting cyclonic circulation over south Chhattisgarh and its neighbourhood and a north-south trough from north interior Karnataka to interior Tamil Nadu.

During the last 24 hours ending at 8.30 am on Sunday, the highest day temperature of 41.9 degrees Celsius was recorded in Nizamabad. The bulletin said there was an appreciable fall in day temperatures by 2.1 to four deg C in some parts of the State. They were appreciably above normal ranging from 3.1 to 5 deg C in some parts and above normal in many parts.