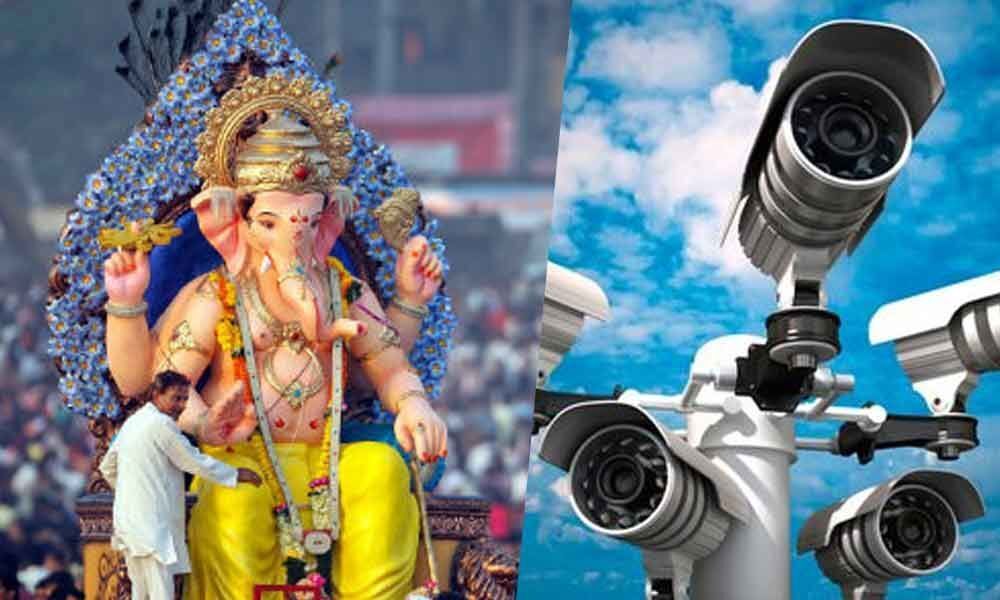 Hyderabad: Claimed to be the tallest idol in India, Khairatabad Ganesh is going to give darshan to its devotees as Sree Dwadashaditya Maha Ganapathi during the Ganesh Chaturthi festival starting from Monday.

According to Khairatabad Ganesh Utsav Committee, lakhs of devotees from two Telugu States and other adjoining States would visit the pandal of the 61-feet tall Ganesh idol for darshan during the 11-day festival.

As every year Khairatabad becomes a center of attraction during the Ganesh festival celebrations, Khairatabad Ganesh Utsav Committee and the Hyderabad City Police have made all arrangements for the devotees to take darshan comfortably and making the festive celebration a success.

Speaking to The Hans India, Central Zone DCP P Viswa Prasad said a thorough CCTV surveillance and monitoring will be conducted during all these 11 days round the clock.

Under the inchargeship of a DSP, one inspector and 7 sub-inspectors, 8 head constables, 40 constables, 4 women constables, 14 home guards with one platoon of TSSP do their duty at the premises.

Also, 40 private security personnel belonging to the Utsav Committee and NCC and NSS students of Khairatabad Government Degree College and Saifabad PG Science College by working in shifts are going to help the bandobust team.

Since lakhs of devotees are going to visit the Maha Ganapathi every day and the number is going to increase on weekends, by keeping the security of devotees in view 4 door frame metal detectors (DFMD) installed in four sides near the main idol spot and each visitor has to pass through it to make darshan of the tallest Ganesha.

In addition to the 16 CC cameras already installed at the idol premises, this time around 45 more CC cameras installed at three entry points namely at Railway Gate, Mint Compound and Sensation Theatre side and 360 degrees recording facility is provided with the back-up facility in the absence of electric power also.

As many as 8 CC cameras are arranged at the main idol centre to monitor the visitors. The Task Force, Intelligence and Special Branch sleuths are going to monitor the movements of the devotees and take the suspects into their custody.

Separate strong barricades are installed to maintain the crowd. Since there are no parking facilities provided near to the Maha Ganapathi centre, police advised the visitors to take the alternate transport facility such as MMTS, Metro and buses.

If they come by bike or car, then they are advised to utilise the People's Plaza and vacant places on the Necklace Road to park their vehicles.

This time restrictions are imposed on petty vendors not to enter into 100 metres radius from the main idol spot.

Traffic, GHMC, Water Works, and Health departments have made all arrangements for the devotees to avoid any inconvenience to them.