TRS gearing up for municipal polls 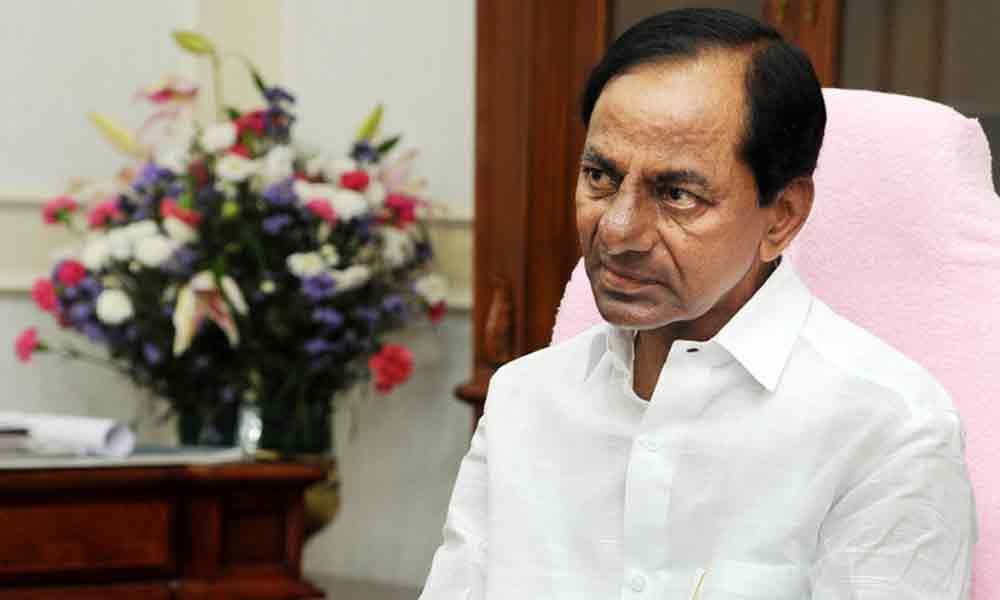 Telangana Rashtra Samiti is now gearing up for municipal elections by bringing amendments to the Municipal Act.

Hyderabad: Telangana Rashtra Samiti is now gearing up for municipal elections by bringing amendments to the Municipal Act.

The Government would soon bring in an ordinance in a week after discussing it in the State cabinet. According to sources, this was disclosed by Chief Minister and TRS president K Chandrashekar Rao in the party's state executive meeting held at Telangana Bhavan on Thursday.

The chief minister along with ministers and important leaders of the party renewed their membership at counters arranged at the party office.

KCR said there was no opposition to TRS in the State and people were with the party and they would honour TRS whenever there are elections, said sources.

He recalled that the people gave majority of seats in the ZPTC and MPTC elections and all the ZP chairpersons and asked them to keep their focus on the civic polls.

Sources said that the chief minister was for bringing in amendment to the Municipal Act for taking up elections at any time after July. For this, the government may bring in an ordinance after discussing it in the State cabinet, which would be held in a week's time.

The TRS chief wanted the party leaders to actively take part in the membership drive and make sure every house has at least one TRS member. Each of the state executive members was given responsibility of two constituencies.

Each of the MLAs' constituency in-charges was given membership books for enrolling 50,000 members having a target of 60 lakh members.

The TRS president asked the party leaders not to make any unwanted comments in the interviews/ debates on television channels. He said that the leaders who are empanelled by the party only should talk to media and take part in the TV debates.

The party would soon release a list of leaders who would be attending the media debates, said sources. The CM was unhappy with the leaders having different versions in different debates and asked the leaders not to talk to media till the list is released by the party.

The chief minister asked the newly-elected Zilla Parishad Chairpersons to work effectively. He wanted the chairpersons to ensure that there is no corruption and added that the government would take severe action against the officials involved in corruption by bringing strict laws through amendments.

The chief minister said that since the Kaleshwaram and Mission Bhagiratha works were completed, he would now concentrate on the Palamur Rangareddy Lift Irrigation projects.