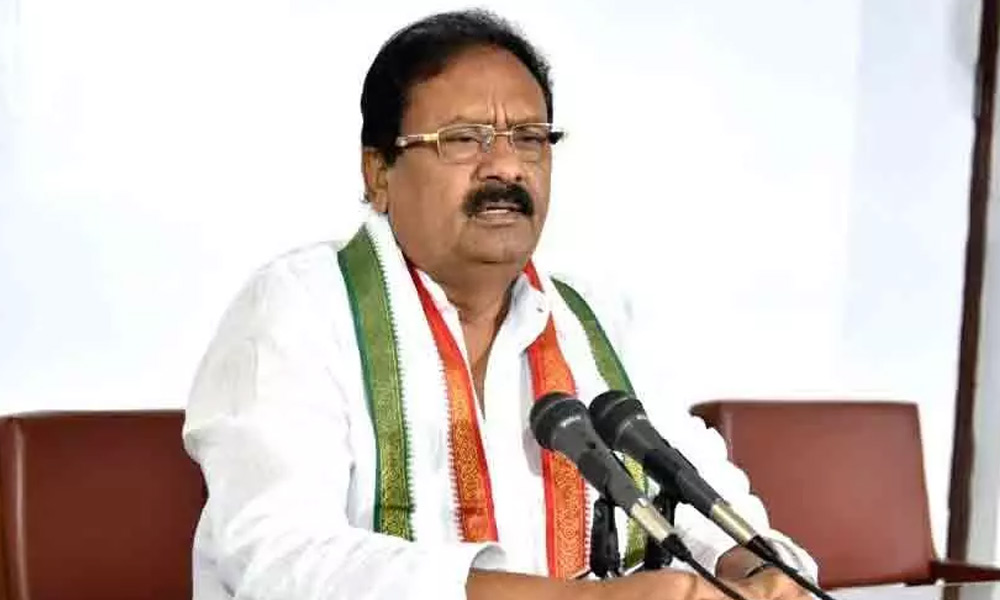 Addressing a public meeting in Thummadam village of Nidamanoor mandal as part of campaign for Nagarjunasagar Assembly bypoll on Saturday, Shabbir Ali speaking about the suicide by unemployed youth Sunil Naik, he said that the wrong policies of the TRS government have pushed jobless youth into depression with some resorting to even extreme steps.

He said Telangana became a reality due to the sacrifices made by the youth and students. Congress president and UPA chairperson Sonia Gandhi granted statehood for Telangana as she wanted to stop the youth from taking their own lives. Sonia Gandhi wanted the youth to have a good future, jobs and control over all the resources of Telangana. However, he said, Chief Minister K Chandrashekar Rao has encroached upon all the resources of Telangana and started treating the State as his personal 'jagir' (fiefdom). Stating that K Chandrashekar Rao had appointed his 40 relatives including son, daughter, son-in-law, and nephew in various posts, he referred to them as 'Ali Baba, Chalis Chor'.

Shabbir Ali recalled the crucial role played by Jana Reddy in the formation of Telangana. "Jana Reddy was offered the post of Chief Minister in undivided Andhra Pradesh. He not only refused the offer, but pressurised the Congress-led UPA government to grant statehood for Telangana. Meanwhile, he ensured that the Telangana agitation does not slow down. He was instrumental in the formation of the Joint Action Committee and kept it non-political so as to involve all sections of the society in statehood agitation. Without Jana Reddy's role, we cannot imagine JAC or even the formation of Telangana," he said.

He appealed to the people to ensure the victory of Jana Reddy in the by-election with a majority of not less than 50,000 votes.