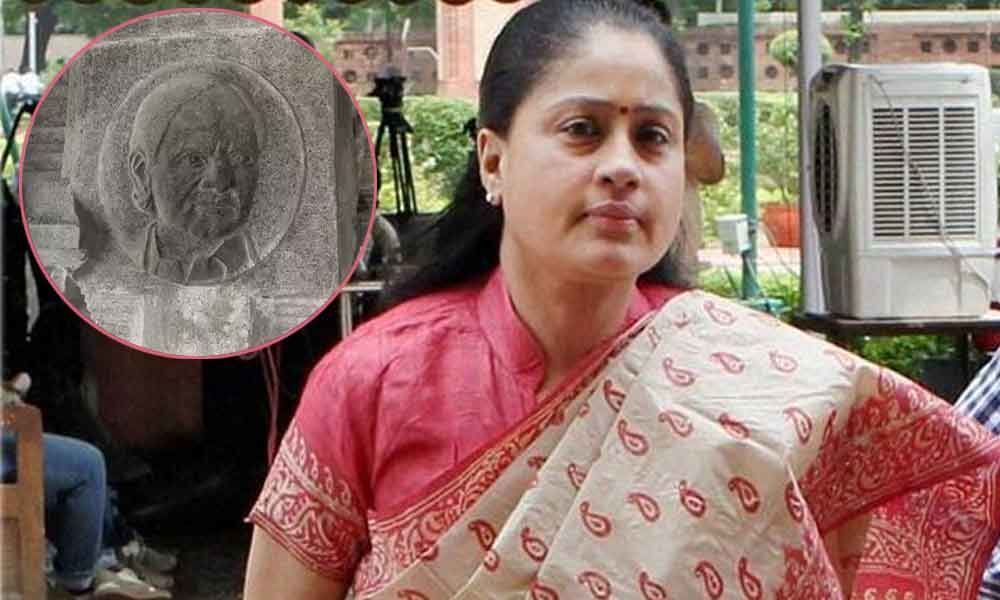 In a statement she said that the meaning behind TRS working president KT Rama Rao's comments during elections, "Sir, Car and Sarkar" are now explained with etching of car symbol and Chief Minister's pictures on the sculptures of Yadadri.

The people of Telangana revere Yadadri along with Tirumala." She demanded that the seers do respond on the action of the government.